You are at:Blog»News»Rumours»Vivo X20 Specifications Leaked Ahead of September 21 Launch

Vivo is reportedly planning for the launch event of a new near bezel-less display smartphone called as the Vivo X20. The company has started sending out the press invites for an event scheduled on September 21. Recently, the Vivo X20 was spotted in a poster of FIFA World Cup 2018. The Vivo X20 is expected to come equipped with a Qualcomm Snapdragon 660 SoC.

The launch event was shared by Vivo via its official Weibo account. The invite also revealed the design of the front panel. Also, the key specifications of the upcoming Vivo mobile phone have been leaked earlier. The TENNA listing shared few images and specifications of the Vivo X20 smartphone.

According to the leaked images, the X20 will come with a dual rear camera setup similar as the Apple iPhone 7 Plus. Moreover, there is a dedicated fingerprint scanner at the rear.

According to a live image shared by a Weibo user, the X20 is likely to be powered by a 2.2GHz Snapdragon 660 processor. Also, another variant called as Vivo X20 Plus is also expected to be launched alongside the X20. The Vivo X20 and X20 Plus are speculated to feature 5.2-inch and 5.5-inch full HD (1080×1920 pixels) displays respectively. 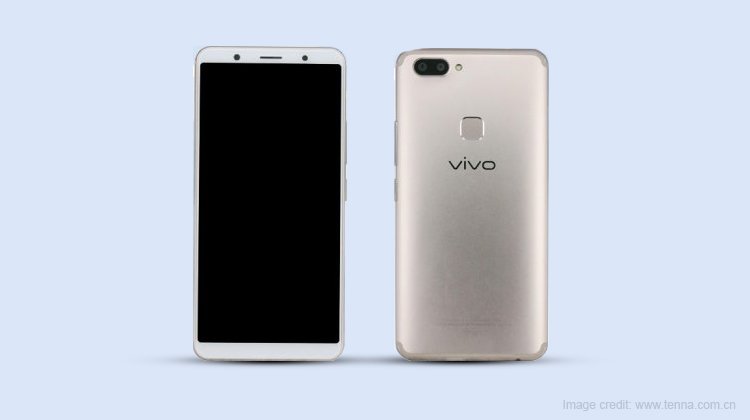 To recall, Vivo recently unveiled the Vivo V7+ smartphone which features a 5.99-inch FullView HD (720×1440 pixels) display with 18:9 aspect ratio. The screen comes with a Corning Gorilla Glass 3 protection on top. The handset has a 24MP front camera which is ideal for selfies and video calling. It supports f/2.0 aperture and has soft flash to ensure brighter and detailed selfies even in low light.

On the rear, the Vivo V7+ offers a 16MP primary rear camera with LED flash and f/2.0 aperture. It runs on Android 7.1 Nougat OS powered by a FunTouch 3.2 UI.