You are at:Blog»News»Rumours»All the Expected Features & Rumours about the Upcoming Samsung Galaxy Note 10

At the Samsung Unpacked Event 2019, the company launched a total number of five smartphones. However, that is not all! There is another smartphone that will soon make its debut. We will soon see the Samsung Galaxy Note 10 make its debut. Months before its launch, rumours and expected features of the smartphone have started appearing online. The one feature that we have been seeing on the Galaxy Note series smartphones is the S Pen. We can expect Samsung to maintain the S Pen even on the Galaxy Note 10. However, there are other rumoured features that we might get to see on the smartphone.

Will it run on 5G or will it come will it be one of the punch hole mobile phones like the other Samsung smartphones that launched recently? Wondering what these features and rumours are? Here is a list of the rumoured features that we might get to see on the upcoming Galaxy Note 10. Take a look!

The Galaxy Note 10 will not just be available in a single variant. We will get to see more than one variant of the smartphone. There will be a smaller 6.28-inch variant and a larger 6.78-inch variant. Apart from this, we might also get to see one 4G and one 5G variant. Samsung is the first to introduce 5G mobile phones, so we can definitely expect a 5G variant. 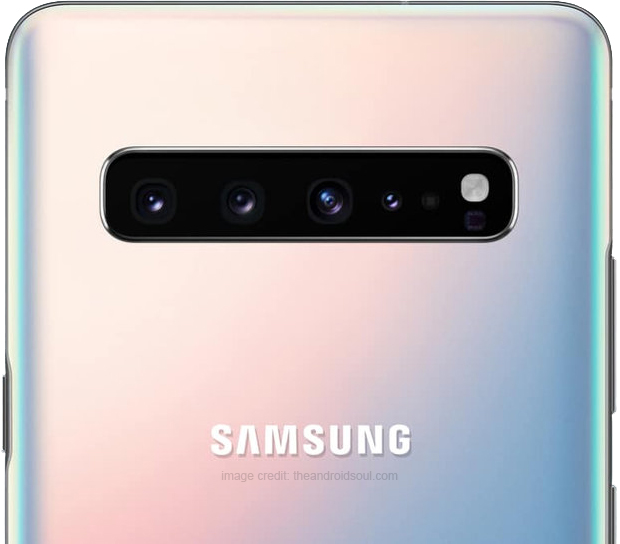 Four Cameras on the Rear

S Pen to Have a Separate Camera

The S Pen Stylus is the most unique and stylish feature that sets apart the Galaxy Note smartphones from the rest. This year round, Samsung will most likely add new features to the S Pen. According to the latest rumours, the S Pen could actually come with its very own camera. If this happens to be true, then the Samsung Galaxy Note 10 will become one of the top trending mobile phones in the market.

Will Say Goodbye to Buttons