You are at:Blog»News»New Renders of the Google Pixel 3a Reveal How the Smartphone Will Look Like

In the last couple of months, we have seen various leaks and rumours surrounding the upcoming Google Pixel mobile phones surface online. Google is going to launch Google Pixel 3a, a mid-range smartphone at the Google IO 2019 Developer Conference that will be held in May. After a lot of reports and speculations, a render of the Pixel 3a smartphone has finally appeared online. This renders was leaked by the famous tipster Evan Blass. The smartphone looks very similar to the previously launched Google Pixel 3 smartphone.

However, one very noticeable change that you will notice right away is the colour of the power button. The power button on the Pixel 3 was Green in colour, while the power button on the Pixel 3a is Orange. Apart from this, there is no evident difference between the smartphones in terms of design. Even the specification details of the upcoming smartphone have been kept under wraps. Nevertheless, there have been some speculations surrounding the specification details as well. 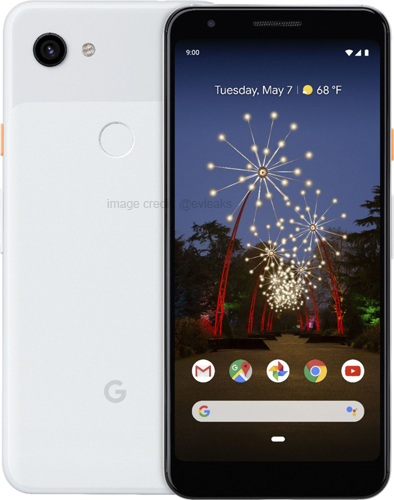 The smartphone is expected to come with a 5.6-inch OLED display with a screen resolution of 2220 x 1080 pixels. With 6-inch display mobile phones being a popular trend in the market, Google Pixel phones are comparatively smaller in size. Furthermore, the smartphone will launch in three colour variants. These colour variants will include – Black, Gray and Clearly White.