You are at:Blog»News»Realme X & Realme X Youth Edition to Make Their Debut on May 15

Oppo announced its sub-brand Realme in India last year. The brand immediately became popular for offering mobile phones below 15000 with amazing features. Recently it was revealed that Realme is planning to launch its first-ever flagship smartphones in a couple of days. The company will launch the Realme X and Realme X Youth Edition in China on May 15. These smartphones have been rumoured for quite some time now. The company officially declared the launch date of these smartphones via a Weibo post.

The Realme X smartphone will launch alongside a lighter version. The name of the Lite version has not been confirmed as of yet. However, it could be called the Realme X Youth Edition or Realme X Lite. Interestingly, a few reports also state that the Lite edition could be the revamped Realme 3 Pro smartphone that launch in India recently. Nevertheless, this can only be confirmed after the official launch takes place. 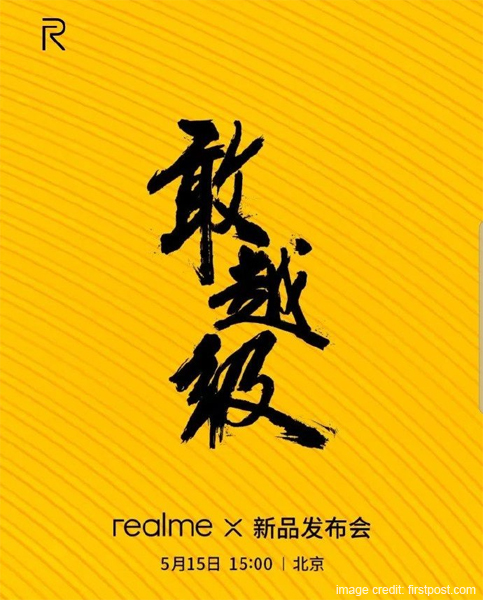 The past rumours indicate that the Realme X will feature a pop-up selfie camera. The inclusion of this feature will allow the smartphone to feature a bezel-less display. Moreover, the smartphone is expected to feature a 6.5-inch OLED display with Corning Gorilla Glass 5 protection. It will also be one of the in-display fingerprint sensor mobile phones to allow users to unlock their smartphone by placing their finger on the bottom half of the display.

Though 8GB RAM mobile phones are becoming widely popular, 6GB RAM is more than sufficient to power the device. For photography, the smartphone will support a 48MP primary and a 5MP secondary sensor. The battery specifications are still not known. However, it is expected to support VOOC 3.0 fast charging.