You are at:Blog»News»New Launches»Samsung Notebook 5, Notebook 3 Launched with Core i7 Processors

Samsung has recently announced a range of three new laptops which are intended for everyday use. These are the mid-range laptops called the Samsung Notebook 5 and Notebook 3. The Notebook 5 model comes in only one variant, while the Notebook 3 has three variants. The new Samsung laptops will be made available initially in the Korean market and it will be rolled out to the global market in Q2.

The key highlight of the Notebook 5 model is its 15.6-inch full HD (1920×1080 pixels) LED Anti-Glare display. The laptop has the standard 16:9 aspect ratio. In contrast, one model of the Notebook 3 series offers 14-inch display and the other offers 15.6-inch display. All these latest Samsung laptops run on Windows 10 Home operating system out-of-the-box. Back in February, Samsung had launched its Notebook 7 Spin which is a 360-degree rotating display laptop. The new Samsung Notebook 5 comes equipped with 15.6-inch Full HD screen with anti-glare coating on top. You can choose from either a 7th Generation dual-core or 8th Generation quad-core Intel core processors. Moreover, you will get a 2GB Nvidia GeForce MX150 GPU along with 4GB of DDR4 RAM. 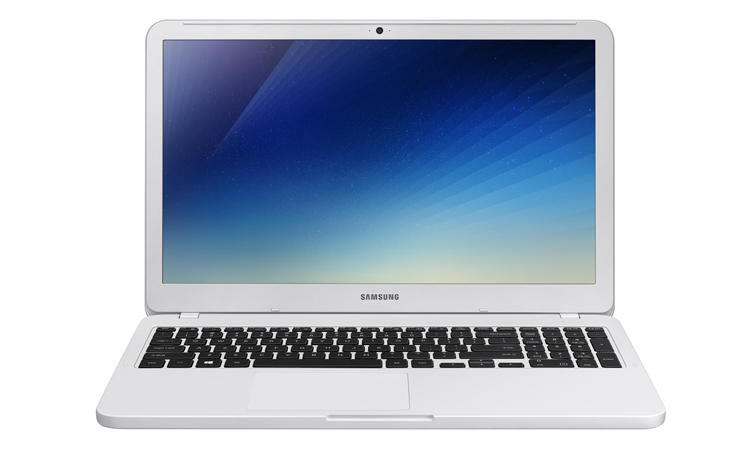 For storage, you can choose a combination of SSD + HDD as per your requirements. The device measures dimensions at 377.4×248.6×19.9mm and weighs 1.97 kg. The laptop comes with 43Whr battery capacity. It comes in a Light Titan colour variant. 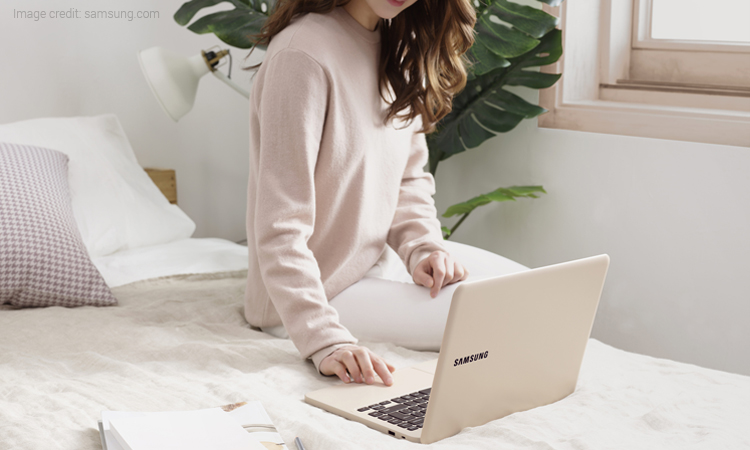 All three models have 4GB of DDR4 RAM with other for Intel integrated graphics or a Nvidia GeForce MX110 GPU. The laptop will be offered in Misty Gray, Pure White, Night Charcoal, and Deep Peach colour options.