Samsung has recently announced a new laptop under Spin series ahead of the CES 2018 event. The new Samsung Notebook 7 Spin is a refreshed model over its predecessor. The key highlights of the new laptop are- a 360-degree rotating display, touchscreen support with Active Stylus, and a faster processor.

The Samsung Notebook 7 Spin comes with built-in productivity features and is touted as an ideal everyday notebook. It is a new convertible laptop which will be rolled out in select countries. It will be made available in the first quarter of 2018 in the US market.

As the name suggests, the Samsung Notebook 7 Spin is a convertible laptop and flaunts 1080p resolution. It features a 13.3-inch display which rotates up to 360 degrees. Furthermore, there is an Active Stylus offered with this notebook which adds more functionality to this laptop.

It is noteworthy that the company has mentioned that the Active Pen will be sold separately along with the Notebook 7 Spin. It has an integrated fingerprint scanner for advanced authentication which is useful for quick log-ins and Windows Hello. 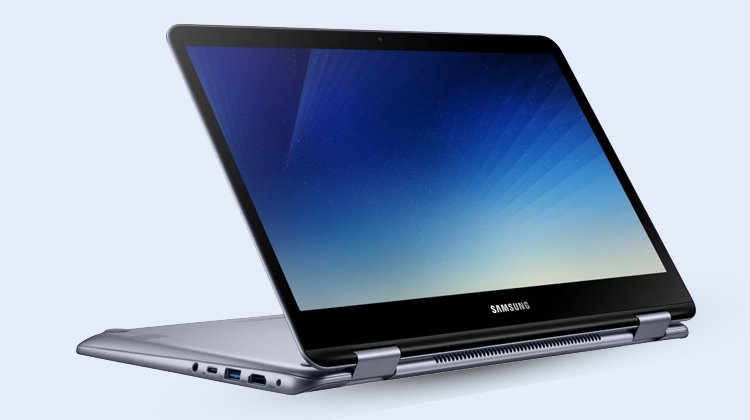 Other than this, the latest Samsung laptop runs on Windows 10 operating system and comes with standard specifications. Under the chassis, there is an 8-th Generation Intel i5 processor paired with 8GB of RAM and 256GB of internal storage.

For connectivity, there is a USB Type-C, USB 3.0, HDMI, and USB 2 port. The laptop is currently offered only with one configuration; however, the company is likely to release a few more variants of the device in future. The notebook has a backlit keyboard and a touchpad for navigation. The new Samsung Notebook 7 Spin has joined the bandwagon of Notebook 9 and Notebook 9 Pen laptops. The Notebook 9 series was recently unveiled by the South Korean tech giant.

Samsung has recently announced new high-end TVs, smart home appliances, and other products. In addition, the company is about to release its Samsung Galaxy S9 smartphone at an event in CES this year.