The rumours and leaks around the upcoming Samsung mobiles called the Samsung Galaxy A8 (2018) and Galaxy A8+ (2018) were been surfacing online for past few weeks. Now, these alleged smartphones have been spotted in an official user manual which has revealed almost all features and key specifications of the handsets.

The South Korean tech giant has unveiled the Galaxy A-series of the mid-range smartphone is expected to be refreshed with the launch of Samsung Galaxy A8 (2018) and Galaxy A8+ (2018) in January 2018. The company has released a user manual of the devices on its official site. Based on it, both Galaxy A8 models will share identical design language. 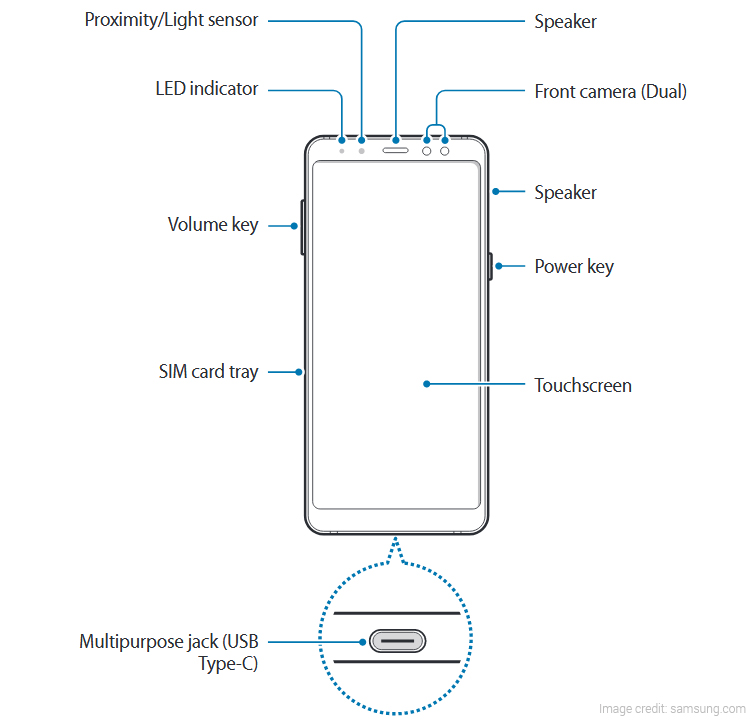 The upcoming Galaxy A8 models are likely to feature a bezel-less design with Infinity Display which has previously seen on the Galaxy S8 and Galaxy S8+ smartphones. The layout design clarified that the upcoming phones will pack a dual camera setup at the rear panel along with a dedicated fingerprint scanner. The user manual furthermore suggested the presence of USB Type-C port on the devices.

The rear panel of the device will have a dual camera setup with LED flash, fingerprint scanner, and NFC module. The phones will carry dual-SIM card slots. Moreover, the connectivity options will include Bluetooth, Wi-Fi, NFC, and GPS/A-GPS. Also, the manual mentioned that the Samsung Galaxy A8 (2018) and Galaxy A8+ (2018) will be water and dust-resistant. 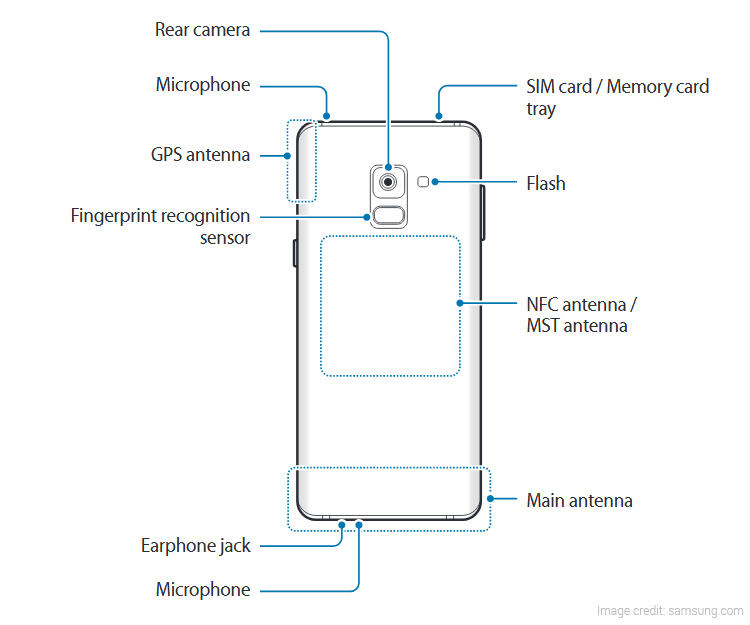 The official user manual did reveal the features and design of the upcoming Samsung mobiles; however, it did not mention much about the hardware specifications. Based on the previous leaks and rumours, the Galaxy A8+ model will feature a 6-inch full HD+ (1080×2220 pixels) Super AMOLED Infinity Display with 18:9 aspect ratio.

Furthermore, the phone is expected to offer an Exynos 7885 octa-core processor paired with 6GB of RAM and 64GB of internal storage. The handset is likely to run on Android 7.1 Nougat OS powered by company’s own custom UI on top.

The Samsung Galaxy A8 (2018), on the other hand, is likely to come with a 5.8-inch Super AMOLED Infinity Display. It will also flaunt an aspect ratio of 18:9. The phone is expected to pack 4GB of RAM and Exynos 7885 SoC. It will also have Bixby digital assistant.