You are at:Blog»News»New Launches»Oppo F7 Debuts in India with 25-megapixel Selfie Camera

Oppo has finally launched its first flagship smartphone of 2018 in India. The Oppo F7 smartphone made its debut at an event held in Mumbai on March 26, 2018. Oppo’s latest smartphone has been in the news for quite some time now. Interestingly, Oppo launched its smartphone soon after the launch of Vivo V9. Both the smartphones will compete against each other as they come with a lot of similar features.

Following the most popular trend, Oppo F7 features a top-notch bezel-less display along with components like front camera, proximity sensor and earpiece. Similar to the Vivo V9 smartphone, even the F7 is a selfie-centric smartphone. Let’s take a look at the price, features and specification of this smartphone.

Oppo’s F7 smartphone has been priced at Rs. 21,990 in the Indian markets. It will be available in Solar Red and Moonlight Silver colour options through various online and offline stores from April 9. Similarly, the company has also launched Oppo F7 Diamond Black and Oppo F7 Sunrise Red which are special edition variants. These special edition variants are priced at Rs. 26,990.

Like most smartphones these days, even the F7 smartphone will be sold via flash sales. The first flash sale in India is scheduled for April 2, 2018. Buyers of the first flash sale will get a 5 percent cash back on purchase via ICICI credit cards. Users can also avail 120GB of data, Rs.1200 cashback in 12 months and a one-time screen replacement deal. 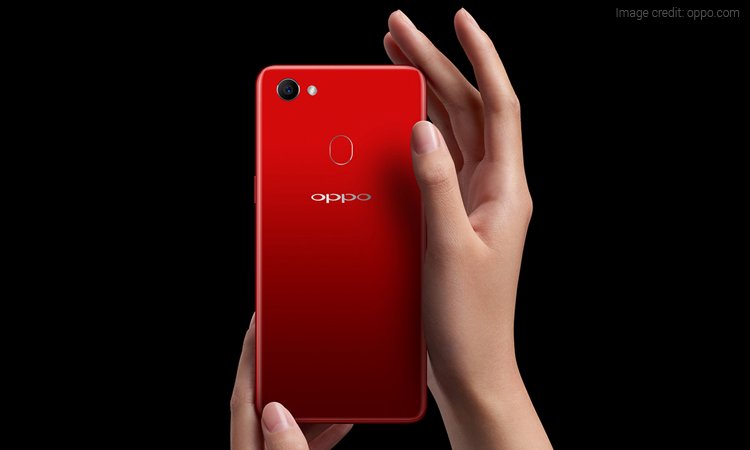 Most of the specifications of this smartphone had leaked much prior to the launch. The smartphones sport a 6.23-inch Full-HD+ Full Screen 2.0 display with a 19:9 aspect ratio and screen resolution of 1080×2280 pixels. It is a dual-SIM smartphone that runs on ColorOS 5.0 based on Android 8.1 Oreo OS. Under the hood, it is powered by a 64-bit MediaTek Helio P60 octa-core SoC paired with 4GB/6GB of RAM.

Additionally, the front camera comes with the AI Beauty 2.0 app which is capable of scanning 296 facial recognition points. Moreover, the app is also claimed to detect a person’s skin type, age, gender and skin colour in great details for precise facial recognition capabilities. On the storage end, the Oppo F7 smartphone features 64GB/128GB (depending on variant) of internal storage. The internal storage on both variants can be expanded to 256GB with a MicroSD card. The phone is further fuelled by a 3400mAg battery which can deliver 33.5 hours of music playback.

Furthermore, some of the most captivating features of the phone are a 19:9 aspect ratio, 25-megapixel selfie camera with real-time HDR, AI Beauty 2.0 app, and the App-in-App multi-tasking feature. Some of the connectivity options on the phone include Wi-Fi, Bluetooth, 4G VoLTE, GPS/ A-GPS and a USB OTG. Also, the phone supports facial unlock recognitions and houses a fingerprint sensor on the rear panel.