You are at:Blog»News»OnePlus 7 Pro Beats Samsung Galaxy S10 Plus on Geekbench 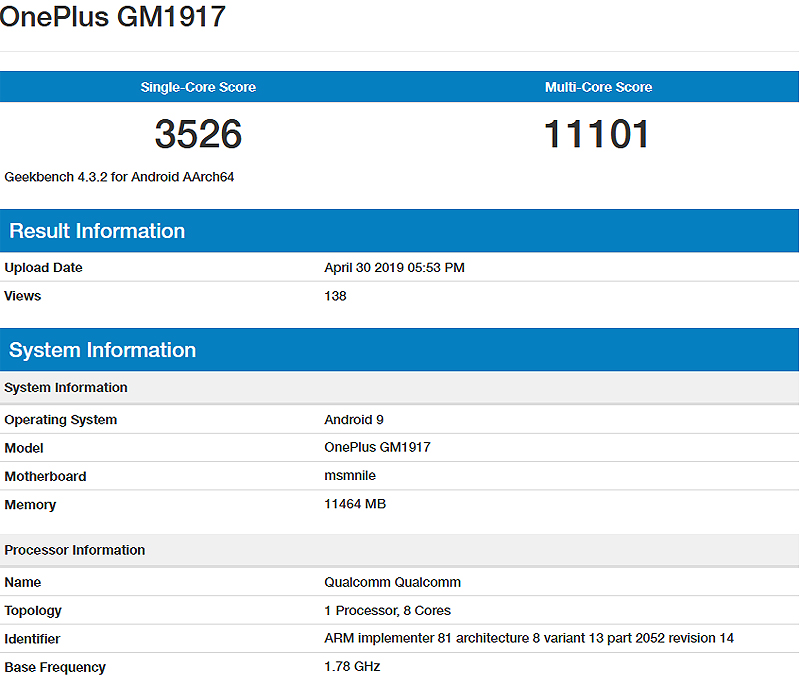 Additionally, we can also expect a reasonable price on the OnePlus smartphone compared to Samsung’s exorbitant price on its flagships. When compared to its other rivals – the latest Apple iPhones, the 7 Pro manages to compete at an equal level. The iPhone XS Max received 4797 points in the single-core test and 11,212 points in the multi-core test.

OnePlus 7 Pro: What to Expect

To make things more interesting, OnePlus recently promoted its upcoming smartphones in a very witty ad. The ad read, “No bells & whistles. No bezel. No notch. No app lag. No bloatware. No $2000 price tag. No random music.” The ad is a clever dig at the other competitive flagship smartphones in the market.