You are at:Blog»News»Renders of the Moto Z4 Reveal How the Smartphone Will Look Like

The image also confirms that Moto Z4 is will support Moto Mods. With the support for Moto Mods, users will be able to connect to 5G. While 5G mobile phones are slowly making their way into the market, Moto Mods make it easier for users to connect to the network. 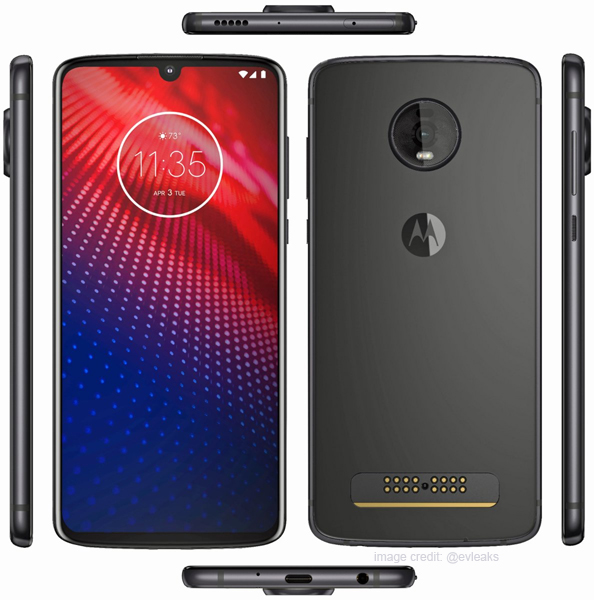 Furthermore, for photography, the smartphone is expected to come with a 48MP rear camera. The rear camera will most likely support Night Vision for better pictures in areas with low light. On the front, the smartphone will get a 25MP camera with AI functionalities and Group Selfie mode. This is sure to make it one of the good selfie camera mobile phones. Lastly, the smartphone will be backed by a 3600mAh battery for its power. As of now, the price of this smartphone is unknown. However, we can expect it to cost lesser than the other flagship models.