You are at:Blog»News»OnePlus 6 could get an exclusive Avengers Infinity War Edition in India

OnePlus 6 is likely to launch soon in India. The company has recently announced its partnership with Marvel Studios. The association is mainly for the upcoming movie Avengers Infinity War which is hitting the Indian theatres on April 27. The OnePlus and Walt Disney deal is for the launch of OnePlus 6 Avengers Infinity War Special Edition smartphone.

Citing the sources, a report published on TheVerge mentions that OnePlus has officially confirmed that it will launch an Avenger-themed edition of its upcoming OnePlus 6 smartphone as a part of its partnership with Marvel. We have seen OnePlus 5T Star Wars Edition last year, so a special edition of OnePlus smartphone associated with the film is not new to us. 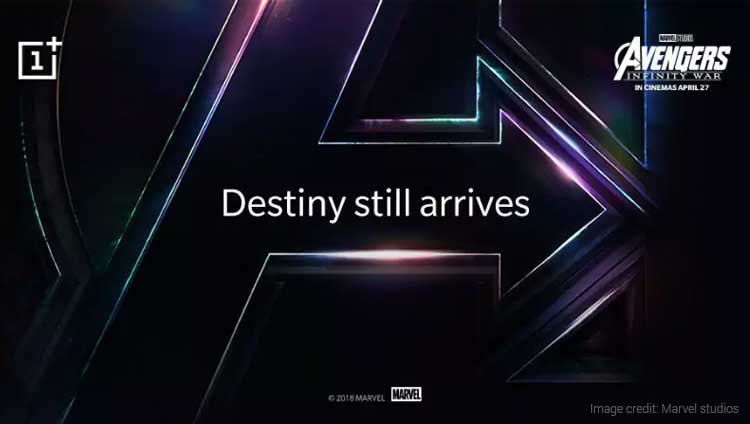 Several reports are suggesting that the Avenger-themed OnePlus model will be released around the release date of Avengers.

The news regarding the partnership of Marvel Studios with OnePlus arrived when a video teaser was uploaded earlier that showed Avengers and OnePlus logos within it. The video has a duration of briefly 10 seconds where a poster of Avengers: Infinity War was featured. It is worth mentioning that the teaser video was posted by OnePlus India’s official Facebook page. However, the video was deleted after some time.

OnePlus hasn’t shared any information about the upcoming OnePlus 6 Avengers Infinity War edition smartphone as of now. It is obvious that the phone will come with Avengers branding on it and it may feature some preloaded content related to Infinity Wars movie.

The OnePlus 6 smartphone is expected to feature a notch design and the Snapdragon 845 processor equipped inside. The rumours are suggesting that the phone could have a dual rear camera with up to 256GB of internal storage.