You are at:Blog»News»Nokia X Running on Latest Android Version Could Launch on April 27

HMD Global is reportedly holding a launch event in China on April 27. Several reports are suggesting that the Nokia X phone will be a refreshed version of its previous model without a change in its name. The original model was introduced as ‘Nokia X’ back in 2014. Back then, Nokia was owned by Microsoft and Windows Phone platform was at boom phase. The alleged model was the first Nokia-branded device to run on Android OS.

It was the only Nokia smartphone that ever came with Android operating system till HMD Global signed a license contract for Nokia brand. To recall, Nokia X 2014 model ran on Android 4.1.2 Jelly Bean OS; however, the company provided a heavy skin on top just to make the phone look like a Windows Phone device. 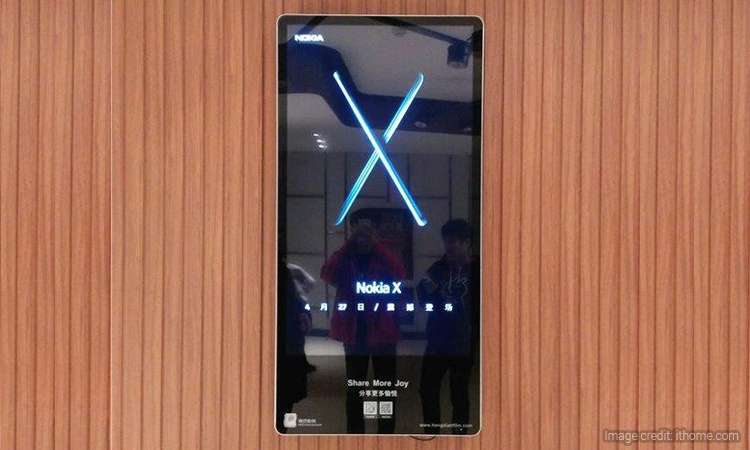 Although the original model had Android software included on it, the device had its own proprietary app store; and the apps on Google Play Store were not available for use on Nokia X. To use a specific app on your Nokia X smartphone, you would have to rely on Nokia’s app store or APK files of a particular app.

You may like: Huawei P20 Pro Vs Nokia 8 Sirocco: Who is at the Front Foot?

Being a budget smartphone, it was powered by a Qualcomm Snapdragon S4 Play SoC paired with 512MB of RAM as well as 4GB of onboard storage. You may think this features are quite outdated and will deliver sluggish performance, at the time of its launch, these were considered as best configuration to enjoy features of an Android device. 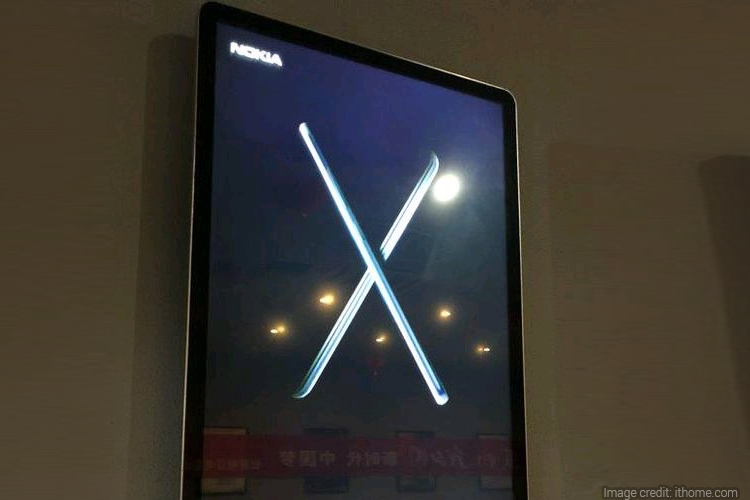 Is Nokia X making a comeback?

Citing the sources, GizmoChina has recently reported that a digital hoarding of the alleged Nokia X smartphone has been spotted in a mall that displayed an ad for the upcoming Nokia smartphone. Furthermore, the ad on the digital hoarding included text partly in English and partly in Chinese script.

According to this digital sign, the alleged device could get launched on April 27. The digital ad hoarding revealed two smartphones crossing each other and forming the letter ‘X’.

Share. Twitter Facebook Google+ Pinterest LinkedIn Tumblr Email
Previous ArticleXiaomi Seems to have Discontinued its MI A1 in Favour of the Upcoming Mi A2
Next Article Sony Xperia XZ2 Premium is the New Smartphone with Low-Light Shooting Features