You are at:Blog»News»Rumoured Nokia 6.2 Gets Certified With Model Number TA-1140

With the Mobile World Congress event just days away, a lot of smartphone companies are gearing up for major launches. HMD Global will also make an appearance at this event to launch the world’s first-ever Penta-lens smartphone called the Nokia 9 PureView. Just days before the launch, the certification of a mysterious Nokia smartphone with the model number TA-1140 has appeared online. While the name of the smartphone is not listed, it can be speculated that this could be the Nokia 6.2 smartphone.

It is being rumoured that Nokia will most likely launch more than one Android smartphone at this event. The certification indicates that Nokia 6.2 might be one of the smartphones that the company will launch at MWC 2019. 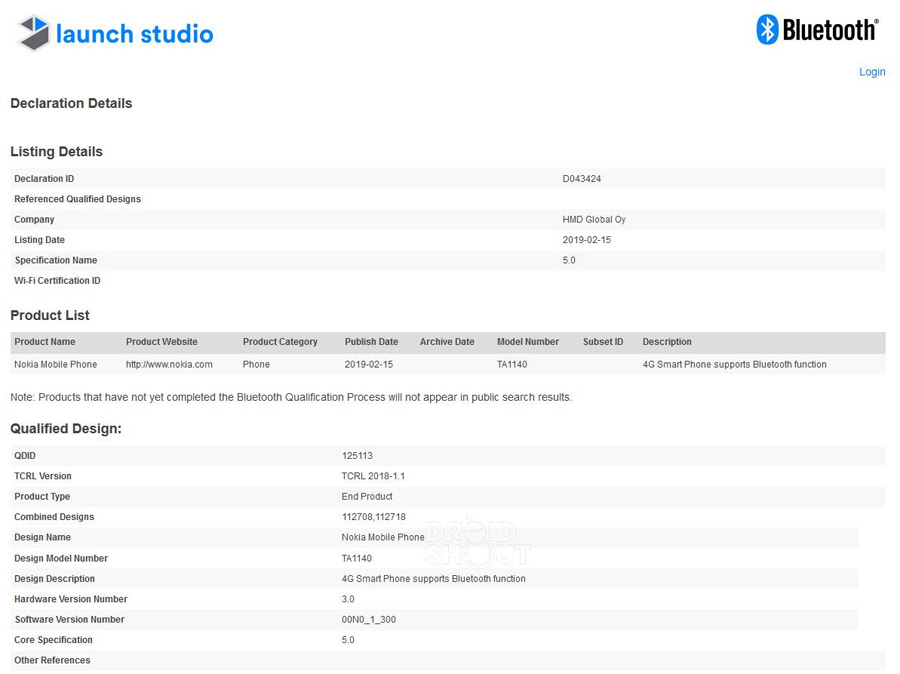 The smartphone will most likely be powered by an octa-core Qualcomm Snapdragon 632 SoC. For smooth and lag-free multi-tasking between various apps, the device will feature 6GB of RAM. The smartphone will also be made available in a 4GB RAM base variant. Additionally, the camera specifications have still not been revealed but this smartphone is speculated to come with a dual rear camera setup. Lastly, it will be further fuelled by a 3500mAh battery with support for fast charging.