You are at:Blog»News»Teaser Confirms Nokia 9 PureView to Launch at MWC 2019

HMD Global had previously announced that it will host an event on February 24 at this year’s Mobile World Congress. Now, a poster has emerged online which confirms that HMD Global will introduce the Nokia 9 PureView during the MWC 2019 event. On the teaser, you can see the Penta-lens camera setup and a hashtag that reads #Coolnewstuff. This confirms that Nokia’s 9 PureView smartphone will make its official launch in Barcelona next month. 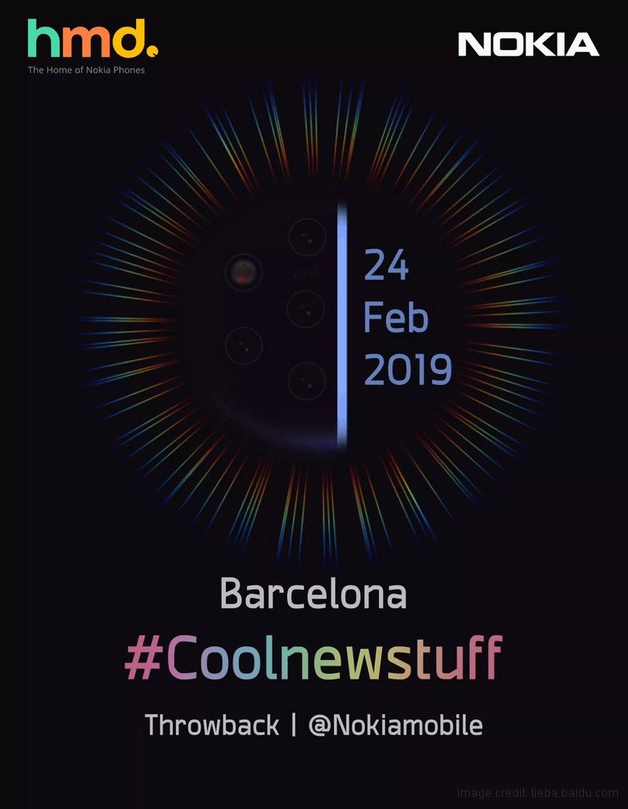 Nokia 9 PureView: What to Expect?

On the other hand, the other teased image has shown the front display of the smartphone. It is a bezel-less display smartphone which comes with a punch-hole selfie camera. However, the previous images of Nokia 9 PureView have given us a hint that the smartphone will come with bezels on the top and bottom. This means that the second image could indicate towards another Nokia phone which will launch during the MWC 2019. 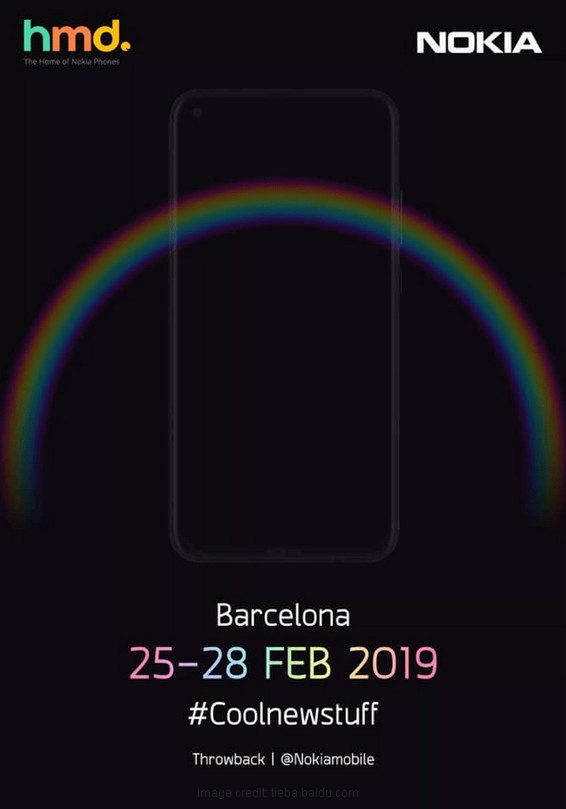 It is expected that this second smartphone could be the Nokia 8.1 Plus. This is mainly because the recently rendered images of the Nokia 8.1 Plus had revealed a punch-hole camera on the front display. Similarly, it has also been rumoured that the smartphone will come with a dual camera setup and a 6.22-inch display.

The confirmed specifications of the smartphone have still not been revealed. Nevertheless, we can expect the smartphone to feature a 5.99-inch QHD PureDisplay with an in-display fingerprint sensor. On the storage front, the smartphone will sport 6GB of RAM and 128GB of internal storage. Moreover, like the latest Android mobile phones, this phone will run on Android 9.0 Pie with Snapdragon 845 processor. However, it could also launch with the upcoming Qualcomm Snapdragon 855 processor.