The man has this incredible talent to look ahead and dream about the future. It is 2017 and all eyes are already fixed at the new iPhone. But before we cherish the fruit, let us look back at the hard work that went on for the past 10 years.

You heard it right! It is 10 years of Apple since iPhone first went on sale. Apple Mobiles are everyone’s dream.

Let us get down the memory lane and recall the amazing features of all the iconic handsets.

“Apple is going to reinvent the phone”, Steve Jobs’ words were so true at that time. iPhone had a huge impact after rejecting the keypad for a touchscreen display equipped with computer- like capabilities which were never experienced before.

This model made a place for itself as people saw a long-term potential in it. It had 3G support and top data speed. The concurrent launch of App store was an added benefit.

‘S’ was added to the end of the name for a minor iPhone upgrade. The model of 2009 included video recording and an upgraded camera. The ‘S’ stood for speed and the improvements in internal components. A Voice Control was also added in this iPhone model.

It had a new modern, sleeker look with a 3.5-inch display. This was the first Retina Display. It was the first phone with a front-facing camera and a certain level of multitasking.

The camera got upgraded to 8MP and the software was improved by leaps and bounds (iOS 5.0). The phone also marked the arrival of Siri, the digital assistant.

It added an extra row of icons with an extra-tall screen. iPhone 5 had a lighter Aluminium casing. It introduced a Lightning connector. iPhone 5 also offered the first look of Apple Maps, taking over from Google Maps as default.

2013 saw a change as Apple started releasing two iPhones every September. It was cheaper but a brand new model. ios 7 was launched which allowed multitasking for apps. It introduced Control Centre for more convenient access to the iPhone settings.

This was the flagship model for 2013. A little feature called TOUCH ID was introduced. A 64-bit A7 processor was also introduced. It got bright icons and translucent menus which are still in place today.

The display got extended to 4.7-inches. The camera got an upgrade giving better photos and videos. NFC for Apple Pay and other services was also introduced. iPhone 6 Plus got closer to iPad mini territory with display size 5.5-inches. 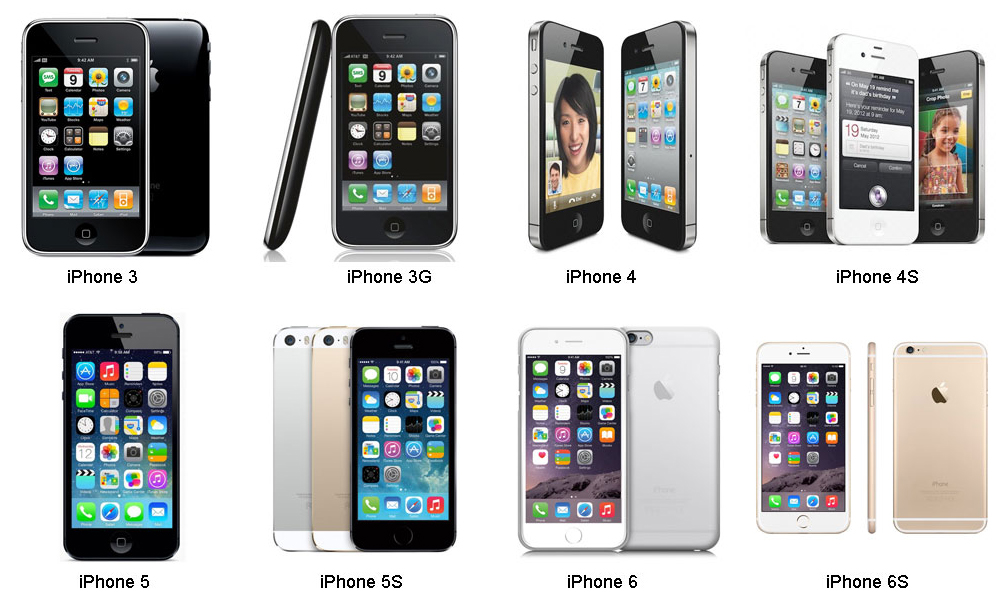 The phone was extra thick and the weight gave an idea that you hold a next-gen phone in your hand. ‘Cook’s Crew’ brought the necessary change. The Force Touch brought a new way of touching the phone. Live Photos was another improvement.

The display was that of 4-inches. It represented genuine value for money but not compared to the huge number of Android alternatives.

iPhone 7 and iPhone 7 Plus improved every aspect of iPhone experience. They were the first water and dust resistant iPhones.

According to various leaks and rumours, we’ll probably get iPhone 8 in late 2017 or the year 2018.

Through these 10 years, iPhone has paved a way in everyone’s heart. Every person wants to own an iPhone today.