You are at:Blog»News»Xiaomi BlackShark could be the Most Powerful Gaming Smartphone Ever

Xiaomi is known as a brand that offers high-end products at an affordable price point. It is one of the popular smartphone companies in India. Recently, the company has launched its Redmi Note 5 and Note 5 Pro smartphones in India. Now, a new mysterious smartphone called Xiaomi Blackshark has been spotted online via AnTuTu benchmarking site.

In 2018, Xiaomi is likely to set new standards in the smartphones space by offering high-end and powerful devices. The recently launched Redmi Note 5 and Redmi Note 5 Pro are competent enough to put the other expensive flagship smartphones on the back foot. 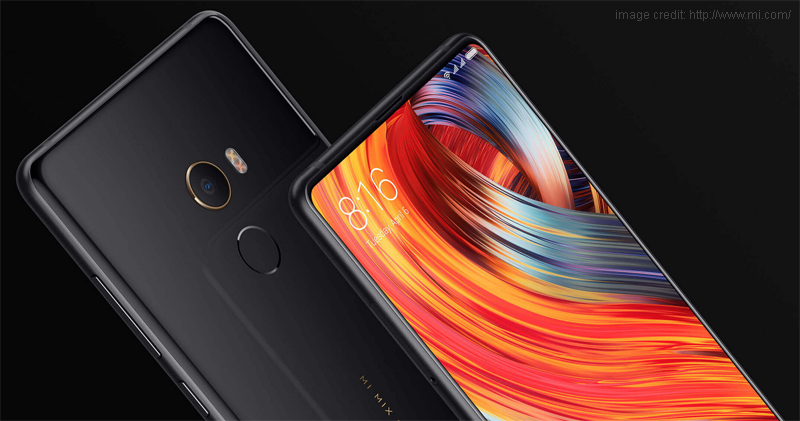 The alleged Blackshark handset is believed to be a gaming smartphone as the same moniker is shared by Xiaomi’s sub-brand which focuses on gaming products. Xiaomi launched the mobile gaming company, Blackshark, to make an appearance in smartphone gaming space.

According to the AnTuTu listing, the upcoming Xiaomi mobile is expected to be powered by a Qualcomm Snapdragon 845 chipset paired with Adreno 630 GPU, 8GB of RAM, and 32GB of internal storage. We expect that the phone could also come with higher storage variants- 64GB, 128GB etc. The phone is likely to come with Full HD+ (1080×2160 pixels) display with the popular 18:9 aspect ratio.

The Xiaomi Blackshark will run on Android 8.0 Oreo OS out-of-the-box. On AnTuTu benchmark, the alleged smartphone scored a whopping 270,680 points which are highest ever on any device. Prior to this, the upcoming Samsung Galaxy S9+ scored 265,267 points on the same benchmark. 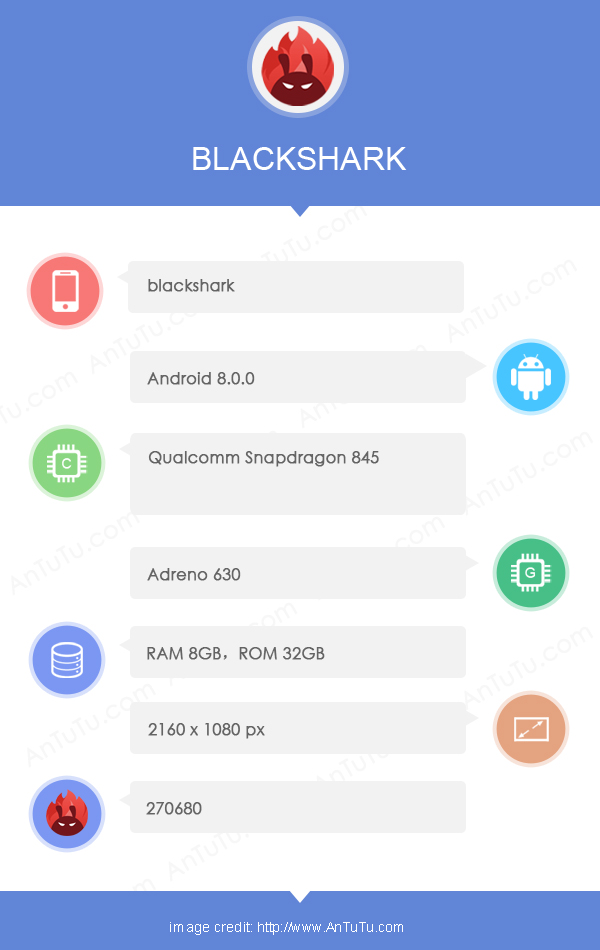 Looking at the specifications, the upcoming Xiaomi smartphone is likely to be a gaming-centric device. As of now, further information about the Blackshark smartphone is very limited. If launched as a gaming smartphone, the company may offer custom features such as graphics boosting or internal cooling management. Such features will help Blackshark to stay ahead of the competition.

The Xiaomi Blackshark certainly won’t be the first gaming-centric smartphone. Previously, the computer peripheral maker, Razer, has launched its Razer Phone back in November 2017. The device boasts a UltraMotion display with up to 120Hz refresh rate. It is powered by a Qualcomm Snapdragon 835 SoC clubbed with 8GB RAM and 64GB internal storage.