Vivo, a well known Chinese smartphone company is working on a new smartphone called the Vivo V11. The upcoming phone’s specifications and images leaked online which confirms that Vivo will be continuing with its V series of smartphones. Some of the interesting highlights of the smartphone include an under-display fingerprint scanner, a teardrop notch display, a dual rear camera setup and Super AMOLED display.

As for the specifications, the leak reveals that the upcoming Vivo smartphone will come with a 6.41-inch Full HD+ display with a screen resolution of 2340×1080 pixels and an aspect ratio of 19.5:9. The display sports a teardrop notch, which holds the front camera. The smartphone will be powered by a Qualcomm Snapdragon 660 processor. As for the storage, Vivo V11 is most likely to come with 6GB of RAM and 128GB of internal storage. The internal storage will be expandable up to 256GB with a MicroSD card. 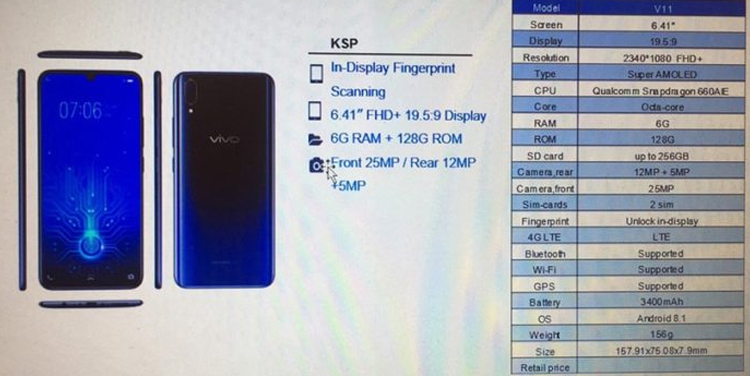 On the camera end, as mentioned above, the smartphone will come with a dual rear camera setup. This setup will include a 12-megapixel sensor and a 5-megapixel sensor along with LED flash. On the other hand, the front camera will sport a 25-megapixel sensor for selfies and video calling, making it a selfie-centric camera. 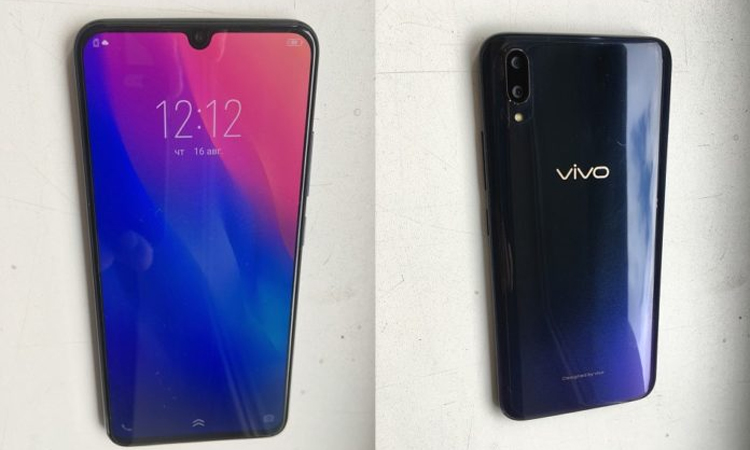 However, as of now the price of the smartphone has not been revealed yet. The connectivity options on the smartphone include Wi-Fi, Bluetooth, 4G LTE, GPS and much more. Lastly, it is important to note that these rumours should be taken with a pinch of salt unless there is an official confirmation by the company itself.