You are at:Blog»Deals & Offers»Top 5 Deals to Steal From Samsung Mobiles Fest

Samsung and Amazon India are jointly hosting a two-day sale called the Samsung Mobiles Fest where users can get amazing discount and exchange offers on the top mid-range and popular budget mobiles in India. The mobile festival is already live on Amazon India and the selected Samsung mobiles will be eligible for the benefits until July 26.

Amazon India is offering discount and exchange offers on the Samsung Galaxy J7 Max, Galaxy J7 Prime, Galaxy On8, Galaxy On7 Pro, Galaxy J5, Galaxy C7 Pro, and Galaxy On5 Pro. Here we have mentioned the details of available deals and offers on these top trending mobiles in India. 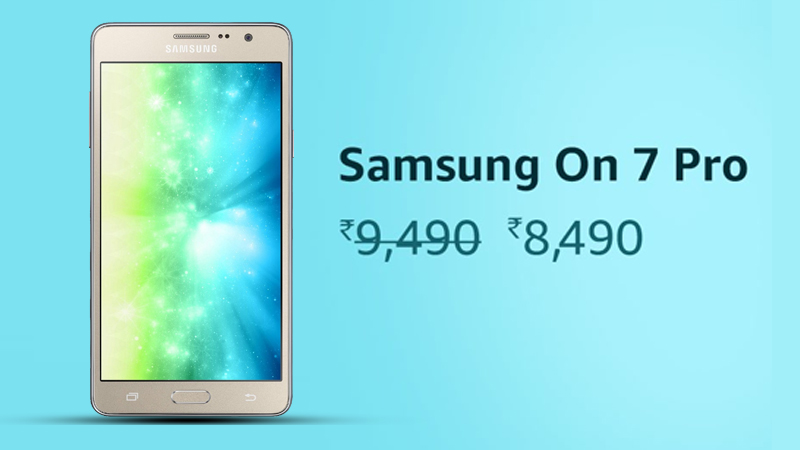 The original price of Samsung Galaxy On7 Pro is Rs 9,490, while the phone is now offered for as low as Rs 8,490 after a discount of Rs 1,000. Furthermore, the users can avail exchange bonus of up to Rs 7,600 in trade of their old smartphone. The Samsung Galaxy On7 Pro comes with a 5.5-inch HD display. It packs a 1.2GHz Qualcomm Snapdragon quad-core processor, a 13MP rear camera with LED flash, and a 3000mAh battery.

The 2016 edition of Samsung Galaxy J5 16GB model is now available for Rs 9,590 from its usual price of Rs 10,990. To recall, the phone was launched last year in India for Rs 13,990. The handset is not eligible for the exchange offer during the Samsung Mobiles Fest. 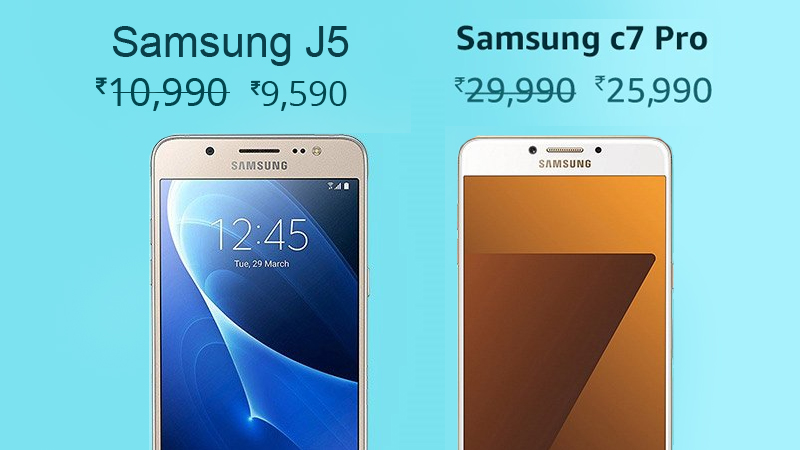 The smartphone flaunts a 5.2-inch Super AMOLED HD display. Under the hood, there is a 1.2GHz quad-core processor coupled with 2GB of RAM. The phone has a 13MP rear camera alongside a 5MP selfie shooter. A 3100mAh battery completes the package.

The Samsung Galaxy C7 Pro is now available for Rs 25,990 after a discount of Rs 4,000. The users can also avail exchange offer to save up to Rs 17,600 against the old smartphone. The smartphone is also eligible for the No Cost EMI scheme on Amazon India. The handset features a 5.7-inch Full-HD Super AMOLED display and boasts a Qualcomm Snapdragon 625 octa-core processor along with a 4GB RAM. It has 16MP front and rear cameras. 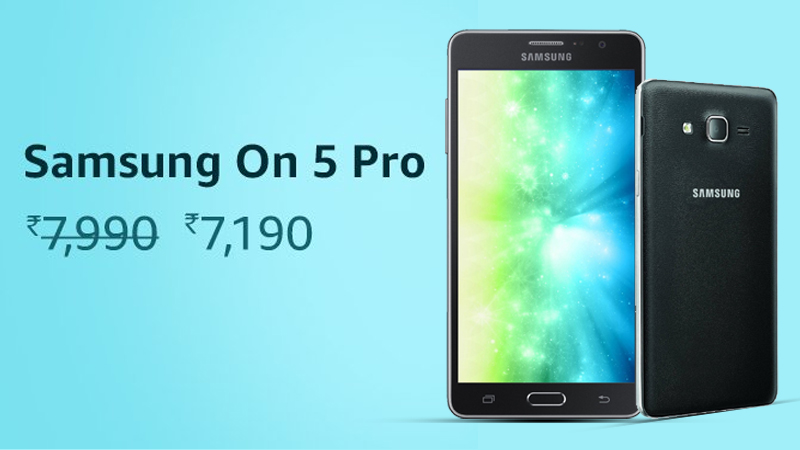 Samsung Galaxy On8 is now available for Rs 11,490 after a discount of Rs 2,000. Furthermore, the users can get exchange bonus of up to Rs 9,999 during the Samsung Mobiles Fest. The Samsung Galaxy On8 comes with a 5.5-inch full-HD AMOLED display. Under the hood, there’s a 1.6GHz octa-core processor paired with 3GB of RAM. The device has a 13MP rear camera with a 5MP selfie snapper. A 3300mAh battery completes the package.