In terms of technology launches, this week is certainly remarkable, as we have seen many good smartphone launches this week. Among these, the HTC U Play, Meizu M5, Nokia 3310 (2017), and the Xiaomi Redmi 4 grabbed eyeballs of many. Here we have mentioned the things for which you should buy and shouldn’t buy these latest mobiles. Take a look.

The HTC U Play is the latest addition in Indian smartphone space which is now available on Amazon India at a price of Rs 29,990. The phone offers some really amazing features and specifications one could ever desire for. Let’s check out the pros and cons of the smartphone. It is a worth buy in premium smartphone category.

The Meizu M5 is another budget-friendly smartphone option under Rs 10,000 price bracket. The phone is ideal for first-time smartphone users and for those who wants to get a good set of features and specifications without having a hole in the pocket.

Xiaomi Redmi 4 comes in different variants based on the storage and memory. The smartphone will be made available via flash sale model which is quite popular these days in India.

The iconic Nokia 3310 (2017) feature phone is back. It will be interesting to see how it manages to attract Nokia fans and make them buy a feature phone in the age of smartphones. Hopefully, the Nokia fans will admire the new version of this iconic feature phone. 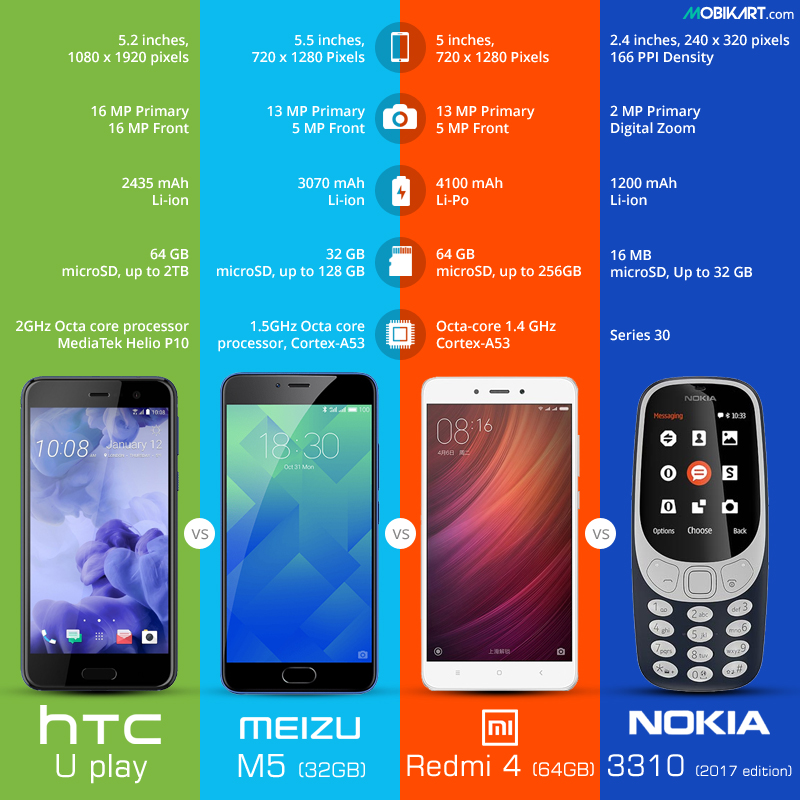 This was the list of the most breathtaking mobiles launched this week in India. Watch this space next week for the weekly recap of the most popular smartphone launches in India.