You are at:Blog»News»Rumours»Samsung Galaxy S9, Galaxy S9+ Rumoured to Launch in February 2018

Samsung is reportedly working on its next flagship smartphones. Now, several reports are claiming that the upcoming Samsung Galaxy S9 and Galaxy S9+ phones might get launched at the Mobile World Congress (MWC) in February 2018 in Barcelona. The previous reports suggested the launch of the upcoming Galaxy series flagships in January.

In case you haven’t heard about MWC, it is a place where all popular smartphone vendors flaunt their latest smartphone and technologies. It is a trade show held every year in Barcelona. Samsung has scheduled an event on February 27, at the upcoming MWC event in 2018. 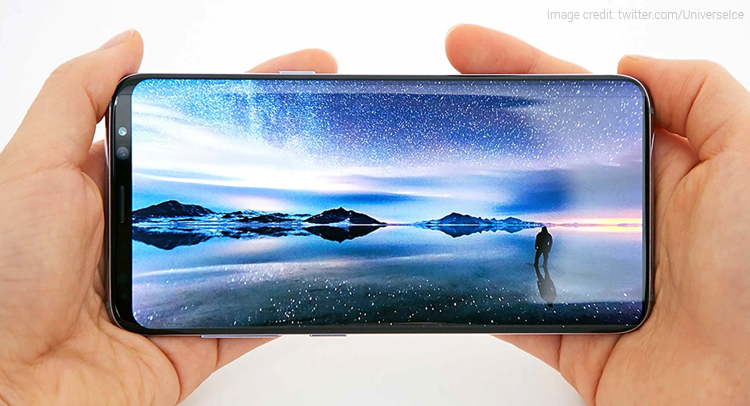 It is worth mentioning that the event will take place on February 26 in the North American and European regions as it is scheduled at the local time of South Korea. The MWC event will be conducted between February 26 and March 1, 2018.

Several reports had mentioned earlier that the Samsung Galaxy S9 and S9+ will flaunt a nearly identical design language of the existing Galaxy S8-series. It will boast a Super AMOLED Infinity Display. The Galaxy S9 will feature a 5.8-inch display, whereas the Galaxy S9+ will have a 6.2-inch screen.

Coming to the specifications, the Samsung Galaxy S9 and S9+ will be powered by a Qualcomm Snapdragon 845 processor in the US market; however, the global variants will receive an Exynos 9810 processor. Moreover, the upcoming Samsung mobiles are believed to sport advanced IRIS scanner to take on the FaceID feature of Apple iPhone X. A separate report by TheBell suggested that the mass production of the printed circuit board (PCB) of the Galaxy S9 and S9+ will begin by the end of December. While this been said, Samsung hasn’t put a word about any of the rumours surrounded by the alleged devices.

Lately, arrays of leaked renders were appeared online revealing the design language of the Galaxy S9 and S9+ handsets. The renders suggested that the company will offer the fingerprint scanner at the rear panel similar to the Galaxy S8.