Just like Apple launched a lite variant of the iPhone XS by introducing Apple iPhone XR, even the Galaxy S10 will act as a lite variant. Coming to the leaked image of the smartphone, Galaxy S10e looks pretty similar to the design seen on the Galaxy S10. Even this phone comes with slim bezels and a punch-hole display.

Samsung has designed punch hole display mobile phones for its Galaxy S10 series smartphones. However, Galaxy S10 will only come with a single camera on the front instead of two. This is mainly because it is supposed to be an affordable smartphone. 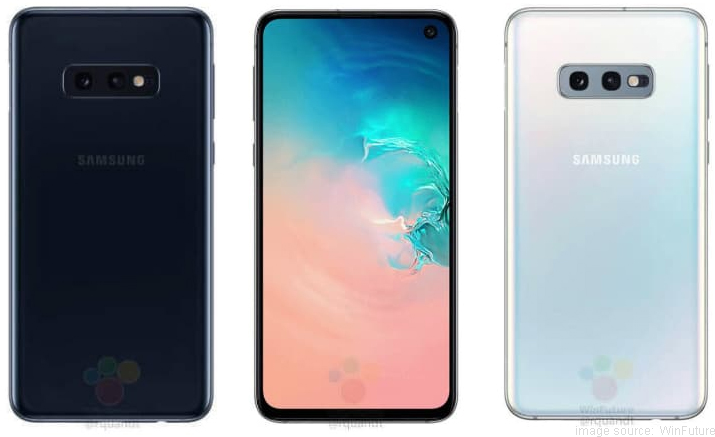 The smartphone will come with a 5.8-inch display. Comparatively, Galaxy S10 and S10+ will come with 6.1-inch and 6.4-inch display respectively. Additionally, while S10 and S10+ will have rounded side, Samsung Galaxy S10e will have flat sides. Moreover, the Lite variant might not feature the in-display fingerprint scanner. Instead, the fingerprint scanner will be placed on the side next to the lock button.

Under the hood, it will come with 6GB RAM and 128GB internal storage. 6GB RAM mobile phones are sufficient when it comes to multitasking between various apps. On the camera end, it will come with a single camera on the front and dual cameras on the rear panel. The smartphone will be available in three colour variants – Prism Black, Prism Green and Pearl While. Furthermore, Samsung might also include a Canary Yellow colour variant. Samsung Galaxy S10e is most likely to be priced around Rs 61,000.