You are at:Blog»News»Samsung Working on its First Smartphone with a Pop-Up Selfie Camera

In the recent few years, smartphone companies have been more focused on improving the camera department in their smartphones. In 2018, Vivo took the camera game a step ahead by introducing the world’s first pop-up camera smartphone.  According to the latest reports, it looks like Samsung is also going to jump onto the bandwagon of pop-up camera smartphones. A few renders on trending leaks have confirmed that Samsung Galaxy A90 will feature a pop-up selfie camera. 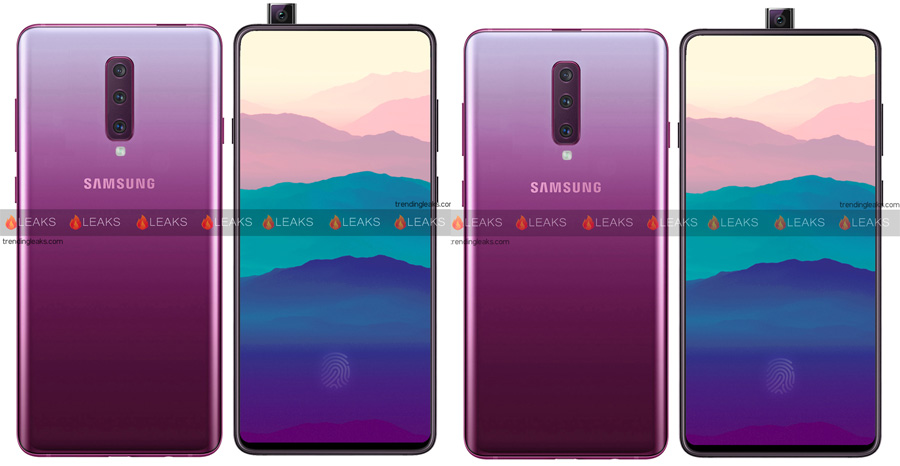 Moreover, despite the body-to-screen ratio, the render reveals a lower bezel. However, the bezel is not too thick. Additionally, another feature that the renders reveal is the fingerprint scanner placed under the display. Samsung had confirmed that its A-series devices in 2019 will be in display fingerprint scanner mobile phones.

Also, as of now, there is no news or confirmation as to the expected launch date of this smartphone. But, we can expect news revolving the launch date and further specifications to appear online in the coming months.