With each passing day, we see new leaks and rumours about the upcoming Samsung Galaxy S10 surface online. It is one of the most awaited smartphones of 2019. Interestingly, this upcoming Galaxy series smartphone will be made available in three variants. This will include the standard variant, plus variant and a new affordable variant. Recently, an alleged imaged of the Galaxy S10 smartphone was spotted on Reddit.

Looking at the leaked image, the first thing you notice is the attractive nearly bezel-less display. The image confirms that the smartphone will feature exceptionally minimal bezels overall. Additionally, the image also reveals a hole in the display which houses the front-facing camera. The camera is placed on the right corner of the smartphone and it is placed in a circular pill-shaped cutout. Rumours have also claimed that it will be one of the quick charging mobile phones to support Quick Charge 4 or Quick Charge 4+. 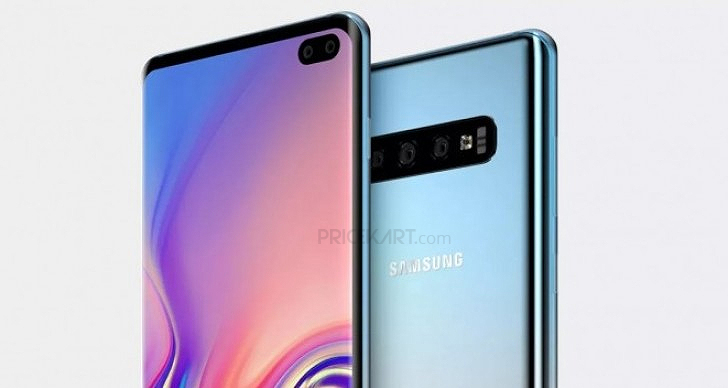 When will the Samsung Galaxy S10 Launch?

It has been confirmed that the Galaxy S10 will make its debut during the Samsung Unpacked event on February 20. This event will take place right before the Mobile World Congress 2019. Moreover, rumours have also confirmed that the smartphone will be up for pre-order from February 20 and will go on sale starting March 8.

We know that the smartphone will come in three variants which will include – Galaxy S10, Galaxy S10 Plus and Galaxy S10 Lite. Except for the Lite variant, the other two models will sport a new Punch-hole Infinity-O display and an in-display fingerprint sensor. It will be one of the few in-display fingerprint scanner mobiles with an ultrasonic sensor. As of now, it has not been confirmed if this smartphone will support Face unlock or an Iris scanner. 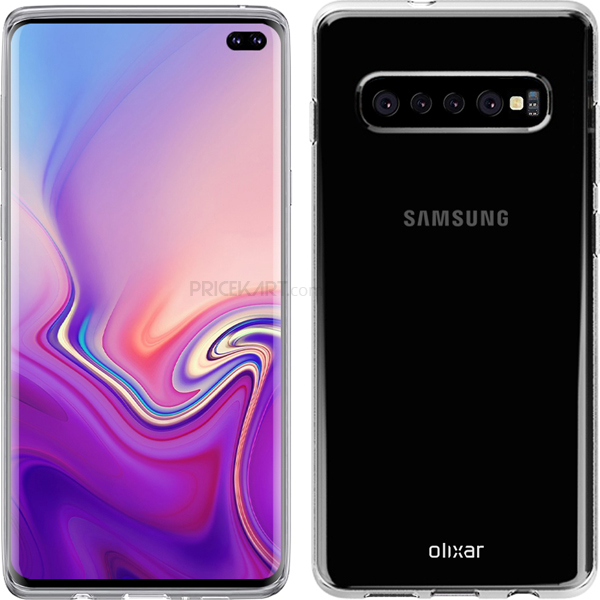 The leaked image has also confirmed that Galaxy S10 Plus will be one of the dual front camera mobile phones to launch in 2019. Whereas, the rear panel will feature a triple camera setup backed with an LED flash.

Other specifications of the Samsung Galaxy S10 will include: