It seems like the mobile manufacturers are trying to bring the nostalgic feeling among its users by refreshing their range of popular phones. Nokia had already introduced a refreshed version of its Nokia 3310 feature phone, and now Samsung has brought its flip phone with touchscreen support. The company has launched a new flip phone dubbed as the Samsung Galaxy Folder 2. The handset is launched in South Korea for a price of 297,000 Won (roughly Rs 16,900).

You may like to check: Samsung Mobiles Below Rs.15000

Moreover, there are special function keys for camera, text, and contacts. The burgundy variant of Galaxy Folder 2 reminds us the appealing design and style of Moto RAZR smartphone. The Black variant is also eye catching which comes with golden outlines on its keypad.

Coming to the specifications, the Samsung Galaxy Folder 2 offers a 3.8-inch LCD display with 800×480 pixels resolution. Under the hood, there lies a 1.4GHz Qualcomm Snapdragon 452 quad-core processor paired with 2GB of RAM, 16GB of internal storage, and external storage up to 256GB via microSD card. 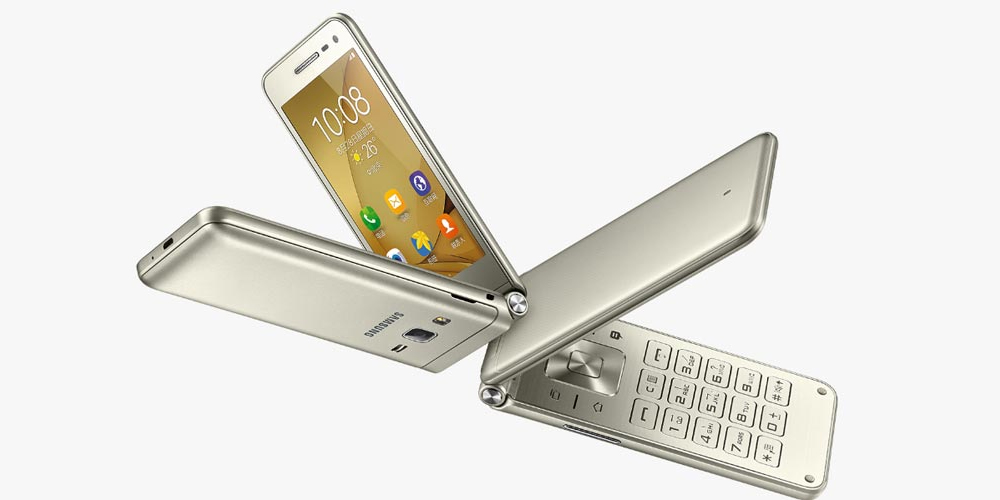 For photography, there is an 8MP primary rear camera alongside a 5MP front-facing selfie snapper. The device is powered by a 1950mAh battery and runs on Android 6.0 Marshmallow OS. The handset will be offered in two variants- 4G LTE support and 3G connectivity. There is an Easy mode of the device using which one can get details on flashlight, pedometer, data usage, and more on the home screen.

The other features includes a dedicated key for social media apps. The Samsung Galaxy Folder 2 is presently launched in South Korea and the company hasn’t revealed its plans for the global launch of the device. Looking at the track record, the new flip phone is unlikely to come in India.