You are at:Blog»Deals & Offers»Reliance Jio has an amazing offer for you this IPL Season

IPL 2018 is just around the corner and the cricket fever is gripping the country. To cash in on the buzz, Reliance Jio has introduced a special prepaid pack for its subscribers. The new Jio Rs 251 recharge pack can let you enjoy 102GB of data for a period of 51 days. The new recharge plan is said to provide access to live telecast of the IPL Season on the mobile of Jio subscribers. The IPL 2018 season will commence from March 7, and it will end on May 27.

Along with cricket season pack, Reliance Jio has also announced a new mobile game for all smartphone users in India. It is a live mobile game which will be available for 7 weeks and across all 60 IPL matches. The game will be available in 11 languages. Moreover, the users can have a real-time interaction during every cricket match. No need to mention that the game will only be available on 4G VoLTE mobiles in India. The users will also get chance to grab prizes during the game. 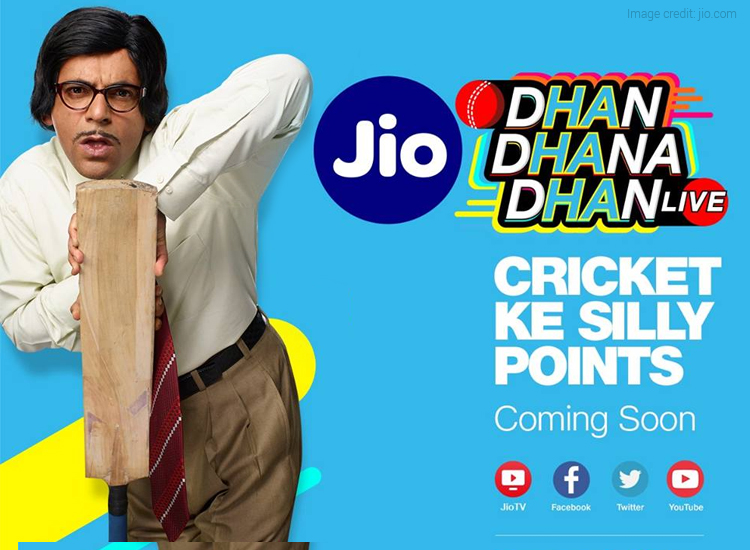 Besides, Reliance is holding a new web show called ‘Jio Dhan Dhana Dhan’ which is been hosted by Samir Kochhar and the renowned comedian Sunil Grover. Apart from this duo, several comedians and cricketers will also join the show. The show will be live on every Friday, Saturday, and Sunday. Popular cricketers like Kapil Dev and Virender Sehwag are expected to be a part of this web show.

The Dhan Dhana Dhan Live Show will be available for access via MyJio app starting from April 7. The show will cover unseen and exclusive off-the-field experience and comments.

Earlier this week, Jio has announced that it has waived-off the subscription charges to the existing Jio Prime users. The existing Reliance Jio Prime membership users are eligible for free renewal. Only those who have subscribed to Prime services last year are eligible for the extension of services. The customers who haven’t subscribed Jio Prime or the customers who have joined Jio network after April 1, 2018, will have to pay the subscription fee of Rs 99 to activate the Jio Prime services.