The renowned peripheral and laptop maker, Razer has been in the rumour mill for a long time due to its rumoured gaming smartphone. The company is believed to launch its Razer Phone by the end of this year. Now, the alleged phone has just listed online on a UK-based website ahead of the launch. Interestingly, the website has removed the listing afterwards.

Citing the source, the UK-based website, 3G.co.uk has listed the Razer Phone and mentioned ‘This product is currently out of stock’. In case you are unaware, Razer has acquired Nextbit which is a smartphone maker earlier this year. And as a result, the company is working on Razer Phone that will come with amazing gaming capabilities.

Separately, Razer has posted a teaser of its upcoming product on Twitter which suggests that the company is planning big announcement on November 1. The tweet mentioned that it will be the biggest unveiling of the year from Razer. In addition, the teaser image shows a handheld device which appears to be a smartphone. So, we can’t deny the chances of the launching of Razer Phone on November 1. 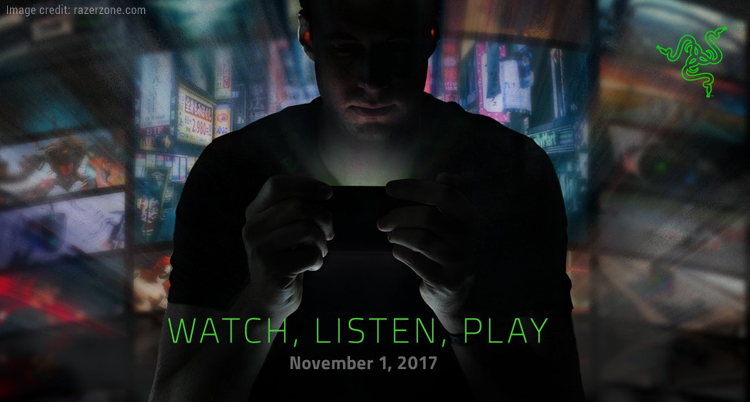 The listing revealed some key specifications of the upcoming Razer Phone. According to this, the device is expected to come with a 5.72-inch IGZO display which will have a 120Hz refresh rate. Such kind of display is ideal for gaming; hence, it clearly indicates that the Razer Phone will be targeted at gamers.

Moreover, the phone will brag dual front-facing speakers, Dolby Atmos sound, and THX certified amplifiers. The handset is believed to pack an 8GB RAM and come with 4G connectivity for better gaming performance. It will sport a 4000mAh battery along with Qualcomm Quick Charge 4+ fast charging tech support.

On the camera front, the Razer Phone will offer a dual camera setup at the rear panel. The setup will comprise a combination of 12MP + 13MP sensors. It will have 64GB of internal storage. The listing has already removed from the 3G website, we advise readers to take these details with a pinch of salt.