HMD Global has launched a new Android smartphone in India called as Nokia 2. It is an entry-level smartphone and the company claims 2-day battery life on the device thanks to its massive 4100mAh battery. The phone is launched globally and India is among the first few countries to receive the new Nokia mobile.

Like said before, the USP of the new Nokia mobile is its impressive battery performance. Besides, Nokia 2 is produced using a 6000 series aluminium frame and has a polycarbonate body.

The company has not revealed the pricing of the newly launched Nokia 2 for India. However, it has announced a retail price of EUR 99 (roughly Rs 7,500) while the global launch. It is likely to be made available from mid-November. The handset will offer in various colour options with a combination of Black, White and Copper. 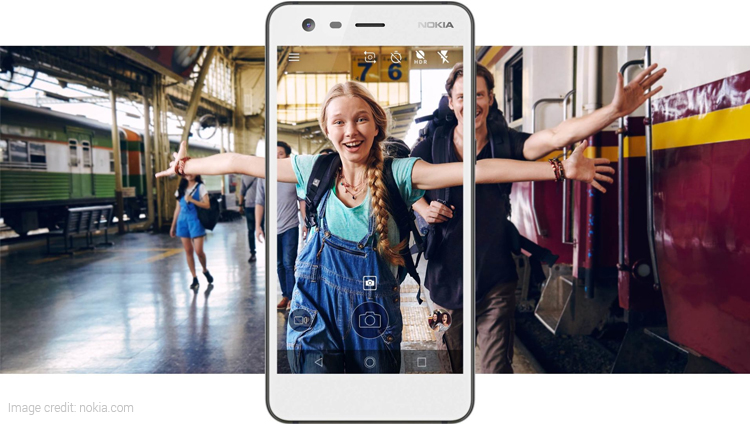 The phone features a 5-inch HD (720×1280 pixels) In-Cell Touch LTPS display which is considered to be best-in-class. Moreover, the display offers a contrast ratio of 1:1300 and wraps under a Corning Gorilla Glass 3 protection. It runs on Android Nougat OS out-of-the-box; however, the company has promised Android Oreo update for the device.

The Nokia 2 is equipped with a 1.2GHz Qualcomm Snapdragon 212 processor paired with a 1GB RAM, 8GB of internal storage, and external storage of up to 128GB via microSD card. The phone has a hybrid dual-SIM configuration. The connectivity option includes 4G VoLTE, 3G, GPS/A-GPS, Wi-Fi, FM Radio with RDS, micro USB, Bluetooth, and 3.5mm headphone jack.

The sensors onboard include an ambient light sensor, proximity sensor, digital compass, as well as an accelerometer. The handset measures dimensions at 143.5×71.3×9.3mm. Also, it has an IP52 rating that ensures drip protection.

The Nokia 2 is targeted at the budget segment. It comes within a $100-$150 price range where most of the users desire to have good battery feature. A survey by Qualcomm and Counterpoint revealed that good battery life is a sole feature which around 97 percent of respondents consider while buying. Followed by battery life, there comes the display size, 4G LTE connectivity, and camera.