Earlier this month, Oppo has launched the Oppo R11s and R11s Plus smartphones in China. It seems like the company has already started working on the next R-series device. According to several reports, the alleged smartphone could be the Oppo R13 which will come with a design similar to the Apple iPhone X.

Citing the sources, TechDroider has shared a few images and a video of the alleged Oppo R13. As per the images, the phone will have a notch and virtual home bar similar to the iPhone X handset.

Furthermore, the R13 is expected to have a dual camera setup at the rear panel placed vertically at the top-left corner; which is again the signature style of iPhone X. The leak also advised that the phone could come in White and Black colour options. 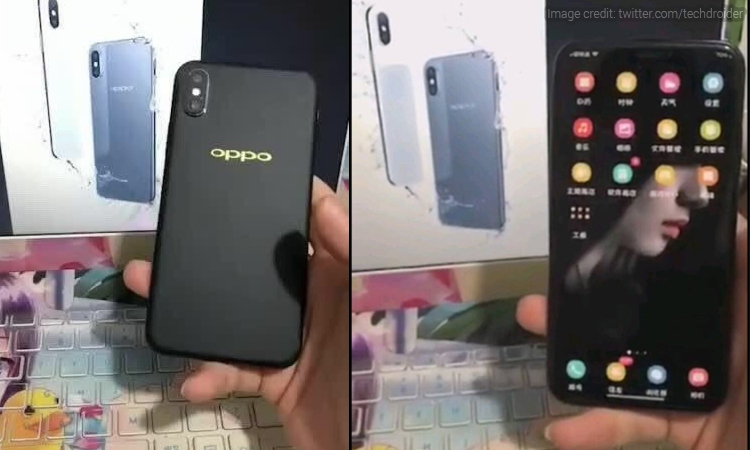 To recall, Oppo had reportedly filed a patent for a design showing a full-screen display along with a notch at its top. The patent was spotted first by Slashleak. The recently leaked images are in line with the device spotted in the patent filing.

More about the Oppo R13

In addition, the report states that the Oppo R13 phone will have a virtual home bar similar to the iPhone X which will be helpful for redirecting the users back to the home screen while using any application. Besides, the R13 is likely to feature a depth sensing module for face detection similar to the FaceID of iPhone X. The leaked image didn’t reveal any fingerprint scanner.

Although the Oppo R11s and R11s Plus have launched in China, both devices are yet to arrive in the Indian market. We expect the company will bring these smartphones to India very soon.