You are at:Blog»News»Oppo K1 Launches in India: Take a Look at the Live Updates

Oppo India has finally launched its K1 smartphone in an event in New Delhi. The event took off at 12:30 PM and was available for live streaming on YouTube. The Oppo K1 smartphone has been teased via leaks and rumours in the last couple of days. We had confirmed the news that the smartphone will come with an in-display fingerprint scanner and will be a mid-range smartphone. Moreover, the smartphone will be a Flipkart exclusive. This smartphone has already been launched in China and now is making its way to the Indian markets. Let’s take a look at the specifications, variants and price of this smartphone in India.

The price of the smartphone has been revealed at the event in New Delhi. Oppo K1 will be available in a single 4GB RAM variant in India. It comes with a price tag of Rs 16,990. Very few mobile phones below 20000 offer such power-packed features in a reasonable price range. Furthermore, the smartphone will be exclusively available via Flipkart. For the launch, Flipkart is offering flat 90 percent buyback value on the smartphone. The smartphone will start going on sale on February 12 at 12 PM in India. 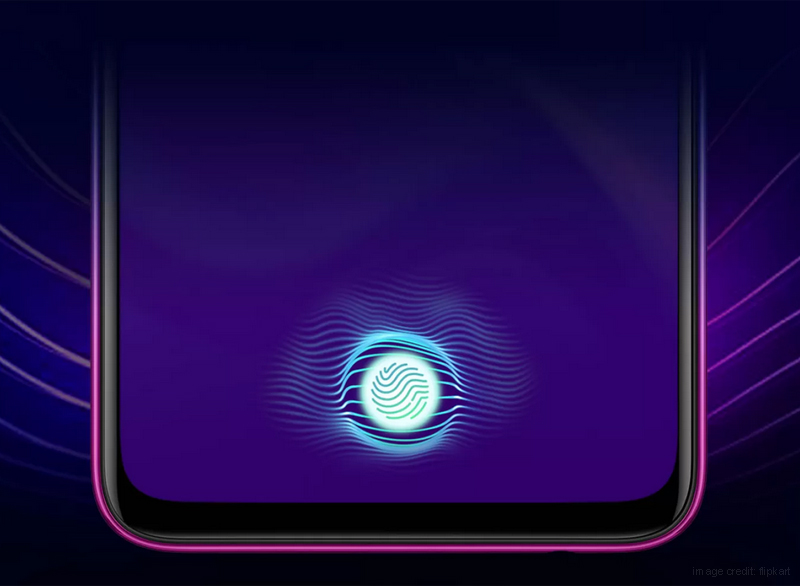 On the specification end, the Oppo K1 smartphone features a 6.4-inch AMOLED display with a screen resolution of 1080 x 2340 pixels and an aspect ratio of 19.5:9. The display has a waterdrop notch and is protected by Corning Gorilla Glass 5. The display features an in-display fingerprint sensor.

Under the hood, the smartphone is powered by an octa-core Qualcomm Snapdragon 660 processor with Adreno 512 GPU. The processor supports heavy applications & high graphics games. It is a high-performing processor. Additionally, the phone is available in a single 4GB RAM variant with 64GB internal storage.

Talking about the camera setup, the smartphone is one of the dual camera mobile phones. The dual camera setup features a primary 16-megapixel sensor and a secondary 2-megapixel sensor. On the front, it comes with a 25-megapixel AI enhanced camera. The front camera supports 8 different custom beauty modes. Moreover, the front camera also allows it to be one of the face unlock mobile phones.

The smartphone has a sleek and slender design. It will be made available in Piano Black and Astral Blue colour variants in India.

On the battery end, it comes with a powered 3600mAh battery to support everyday extensive and smooth usage.

The Oppo K1 runs on the Android 8.1 Oreo along with Oppo’s very own Color OS 5.2 on top. This OS is claimed to be intelligent and efficient.