You are at:Blog»News»Image Reveals OnePlus 7 with Truly Bezel-Less Display Design

Within a span of few years, OnePlus has made its way to the top. Currently, it is a leading premium smartphone brand across the globe. In 2019, the company will launch its OnePlus 7 smartphone in the first half and its higher variant in the second half. This year the OnePlus will also launch a 5G enabled smartphone. We have seen quite a few OnePlus 7 images appear online. Recently, another image of the alleged OnePlus 7 smartphone has surfaced on the internet. The image showcases the front panel of the smartphone in all its glory.

From the image, it is clear that the upcoming OnePlus smartphone will be one of the truly bezel less display mobile phones. The smartphone is seen with a slight chin on the top. Apart from that, all the other three sides are seen without any bezel. Interestingly, as there is no evident notch on the display, we can expect the smartphone to support a pop-up front facing camera mechanism. This could be similar to the recent smartphones from the Vivo mobiles price list. 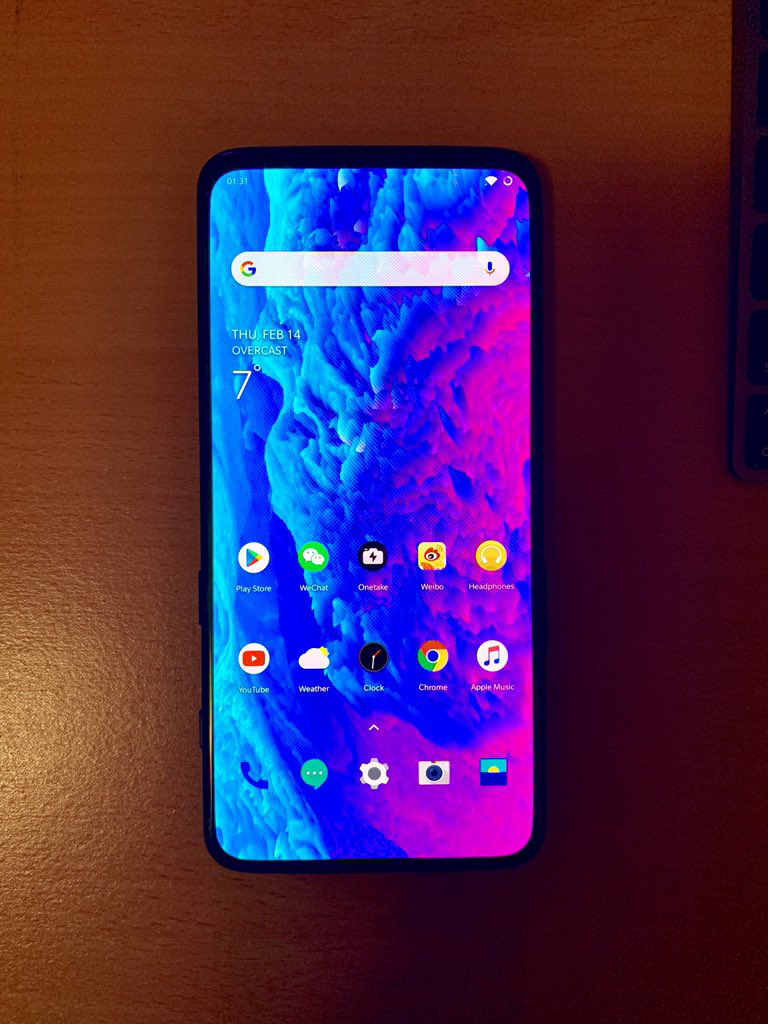 With no sensors seen on the front display, we can also expect this smartphone to support an in-display fingerprint scanner. The latest OnePlus 7 image has been leaked on Twitter by an Italian blog called Tutto Android. While this may be our first ever look at the smartphone, there is no guarantee as to the authenticity of the image.

The OnePlus 7 images have revealed that the smartphone will sport a notch-less and bezel-less front display. On the specifications end, the smartphone will come with a 6.4-inch OLED display. Also, OnePlus smartphones are known for running on the latest processor which means we can expect this smartphone to run on the upcoming powerful Snapdragon 855 SoC.

Furthermore, it will support 6GB of RAM along with 128GB or 256GB of internal storage. With the growing trend of 8GB RAM mobile phones, we can also expect a higher variant. The smartphone will run on the Android 9 Pie OS and will support the fast charging feature. These rumours should be taken with a pinch of salt until the confirmed specifications and features are revealed.