You are at:Blog»News»Samsung Galaxy M30 Gets Confirmed Launch Date in India

Samsung recently introduced its new range of M series affordable smartphones. The smartphones from the ‘M’ series come with affordable price tags and are mainly designed for the millennials. Earlier this month, the Samsung Galaxy M10 and Galaxy M20 smartphones made their debut in the country. Now, a third smartphone from the series will also soon make its appearance. The company recently confirmed the Samsung Galaxy M30 launch date on February 27 in the Indian markets.

Samsung made the announcement of the launch date via their official Twitter account. The Samsung Galaxy M30 launch date has been scheduled on February 27 at 6pm. Interestingly, Galaxy M30 will make its debut just a day before the Xiaomi Redmi Note 7 smartphone – which is another highly anticipated affordable smartphone.  Additionally, in the tweet, Samsung has also revealed the renders of the smartphone.

The front panel and the rear panel of the smartphone are seen on the poster of the launch date announcement. Furthermore, when launched, the Samsung Galaxy M30 will be an Amazon Exclusive smartphone. It will also be available on Samsung India online stores. From the image some of the features that become pretty evident are – Infinity-U display, triple rear camera, and a rear mounted fingerprint sensor. Triple camera mobile phones are not very common in an affordable price range. So, the Galaxy M30 might be one of the first to offer a triple camera setup at a budget offering. 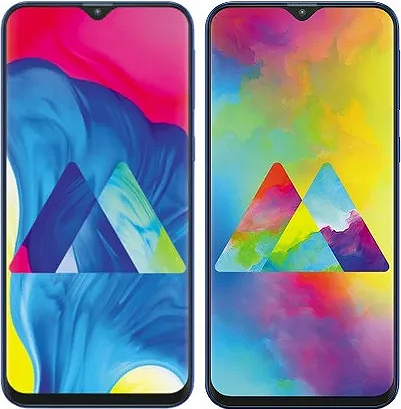 Samsung has still not revealed the confirmed specifications of the smartphone. The smartphone will come with a 6.38-inch Full HD+ Infinity-U Super AMOLED display with a screen resolution of 2210 x 1080 pixels. Just like the Galaxy M20, even the Galaxy M30 will be fuelled by the Exynos 7904 processor. On the storage end, it will sport 4GB of RAM and will be couple with 64GB internal storage.

Samsung Galaxy M30 will sport a triple camera setup on the rear panel. This setup will include a primary 13-megapixel sensor, a secondary 5-megapixel wide-sensor and a third 5-megapixel depth sensor. On the other hand, the front camera will feature a single 16-megapixel camera.

Furthermore, the Galaxy M30 smartphone will be further powered by a 5000mAh battery. Big battery mobile phones can last for more than a day on full charge. As of now, Samsung has not revealed the price of this smartphone. However, we can expect it to be priced under Rs 15,000. After its launch, the smartphone can be expected to go on sale in early March.