You are at:Blog»Latest Updates»These Details of OnePlus 6 were Accidentally Revealed by Amitabh Bachchan

OnePlus 6 is going to launch officially on May 16 in the international market and is coming to India on May 17. Several leaks and rumours have already revealed much about the upcoming OnePlus smartphone. Now, a week ahead of its official launch, the OnePlus 6 has now been leaked in Black and White colour options. The live images of the upcoming device were shared by none other than the popular Bollywood star, Amitabh Bachchan, who is also the brand ambassador for OnePlus in India.

Mr Bachchan posted a couple of live pictures with OnePlus CEO Pete Lau on his official Twitter handle. The images clearly revealed that both were holding OnePlus 6 models in their hands. Moreover, the colour options of these phones were clearly visible. Interestingly, the tweet was later removed from his account. Instead, OnePlus independently posted a video teaser showcasing the Super Slo-Mo camera features of the OnePlus 6 smartphone.

Although the post was deleted by Mr Bachchan, a web cached version of his tweet reveals the rear panel of the new OnePlus device. The star features him holding a OnePlus 6 model (Black), whereas the OnePlus CEO Pete Lau spotted with a White colour variant. Apart from these colour variants, the company is likely to offer a special Avengers Infinity War Edition in India.

After removing the tweet, Mr Bachchan tweeted a new selfie image with the OnePlus executive. The selfie is likely to be taken from the OnePlus 6 model. 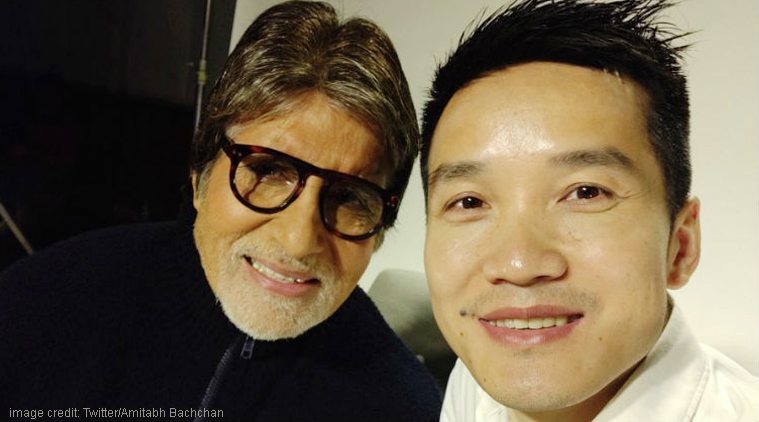 It’s worth mentioning that the design of the new OnePlus model that was spotted in the Twitter images resembles the previously leaked renders. The tweeted images also revealed the presence of a vertically-placed camera setup at the back panel of the phone along with a dedicated fingerprint sensor. Moreover, the White colour model appears to have a smooth matte finish, while the Black variant will have a glossy back panel.

Separately, a video posted by OnePlus via its official social media channels teased the use of a new camera feature called Super Slo-Mo. This video recording mode is likely to offer high frame rate of as high as 960fps. The phone is confirmed to have a Qualcomm Snapdragon 845 SoC under its hood.