You are at:Blog»News»OnePlus 5G Smartphone Likely to be Revealed at MWC 2019

OnePlus recently dropped a major hint about its appearance at the MWC event this year. The company has started a new 5G-centric website and it also makes it pretty clear that it will be making an appearance at the Mobile World Congress 2019 event. This means we can expect a prototype of the OnePlus 5G smartphone to be showcased in the coming week. Most likely, the company will reveal the 5G variant of its OnePlus 7 smartphone. Additionally, it has also been revealed that the smartphone will come with a radical design. 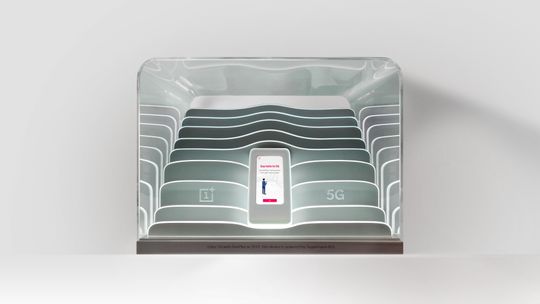 OnePlus 5G Smartphone: What to Expect?

OnePlus has garnered quite a lot of popularity for designing flagship mobile phones below 40000. The company also has managed to deliver the latest flagship Qualcomm processor with its every new smartphone. Even this time around we can expect the upcoming OnePlus smartphone to run on the Qualcomm Snapdragon 855 SoC. This new upcoming processor will bring in amazing multi-taking functionalities and a great gaming experience.

OnePlus recently also sent out media invites for a MWC event. While we can expect a teaser or trailer of the OnePlus 5G smartphone, chances of a smartphone are slim. Furthermore, like always, we can expect an OnePlus mobile phone to hit the market in the second or third quarter of the year. OnePlus has confirmed that it will be among the first few companies to launch 5G mobile phones running on the Snapdragon 855 processor. However, while North American and European are ready for 5G enabled smartphones, it will take a while before the network makes its way to India.