You are at:Blog»News»New Launches»Nvidia launched a 65-inch 4K HDR Gaming Display at CES 2018

Nvidia has launched a new range of 4K HDR Gaming Display at the ongoing CES 2018 event. These are basically gaming monitors under the Nvidia’s Big Format Gaming Display (BFGD) series. The gaming displays will be manufactured by tech giants like HP, Asus, and Acer. Furthermore, the displays will come with G-Sync integration which will provide 120Hz refresh rate and 4K resolution.

Nvidia has currently announced the massive 65-inch 4K HDR Gaming Display and no further details about the pricing or its global availability have been shared by the company. The company is touting it as the ‘world’s first big-screen PC gaming display’. It has been designed for the avid gamers who are seeking for larger displays and the ultimate 4K PC gaming experience.

The information about the Nvidia 65-inch 4K HDR Gaming Display is scarce at the moment; however, we expect more details and specifications will be announced in the near future. The company showcased the 4K PC gaming experience at CES event. The latest gaming monitor will be ideal for gaming as well as computing.

The BFGD is powered by NVIDIA SHIELD tech which is believed to be the most advanced streamer available in the market. That means you will get crystal clear 4K HDR video and a breathtaking gaming experience on a big screen. 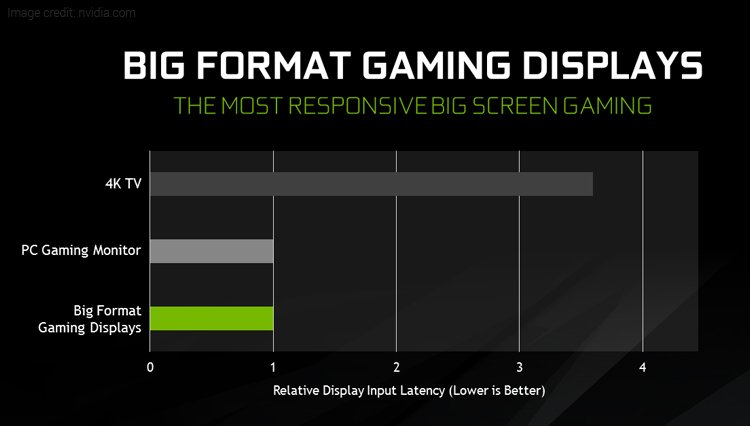 Nvidia said that it was working on this project for over two years and have joined hands with the leading panel producer AU Optronics to offer the ideal 4K HDR Gaming Display with G-SYNC. The display features the resolution of 3440×1440 pixels, has a 1000 nit peak brightness, Quantum Dot Enhancement Films, lightning-fast response times, full array backlights, and DCI-P13 colour gamut. 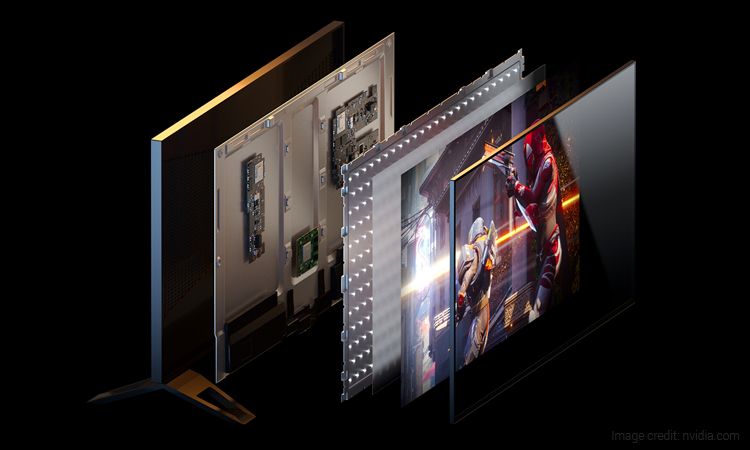 You can switch to the NVIDIA SHIELD feature which is integrated on the display. For streaming, the device supports Amazon, Netflix, YouTube, HBO, Hulu, and other online streaming platforms. Presently, the BFGDs are produced as a 65-inch 4K HDR Gaming Display, the company is likely to introduce a few more models of gaming monitors under the BFGD series.