Indian consumer electronics manufacturer, iBall has recently launched a new budget laptop under its CompBook series. The new iBall CompBook Exemplaire+ laptop will be made available at a price of Rs 16,499. The latest budget laptop will go on sale through online channels in India.

The laptop comes with a metal surface and a slim profile. It is offered in Blue colour option. The company has previously launched the iBall CompBook Aer 3 and the iBall Slide Penbook in India. The CompBook Aer 3 is a laptop with a rotatable touchscreen panel, while the PenBook is a Windows 10 2-in-1 device. 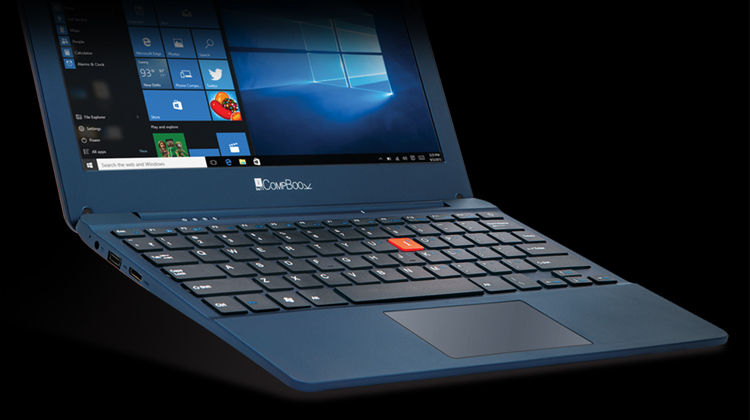 The new iBall laptop features a 14-inch HD (1366×768 pixels) display. Under the chassis, there is a 1.92GHz Intel quad-core processor coupled with 4GB of DDR3 RAM. There is a 32GB internal storage provided in the notebook which is expandable via microSD card up to 128GB.

If the storage seems very insufficient to you, then there is an optional HDD slot which can add 1TB storage to the device. There is a touchpad offered on the laptop which supports gestures like pinching in or stretching fingers to zoom in or zoom out.

The iBall CompBook Exemplaire+ comes with a chiclet-style keyboard. In addition, it has a navigation key and dedicated function which are quite useful in operation. The notebook boasts a powerful 10000mAh battery which is rated to deliver up to 8.5 hours of battery backup on standard usage. The device can offer up to 19 days in standby mode and up to 37 hours of continuous music playback.

The connectivity options include Wi-Fi, mini-HDMI, Bluetooth, USB ports, and a combo jack for headphones and microphone attachments. Also, it has integrated dual speakers setup which is claimed to produce stereophonic sound.

The company states that the new iBall laptop will be ideal for those who have diversified needs. To recall, the iBall CompBook Aer 3 was launched at Rs 30,000 in India. The laptop features a full HD IPS display powered by a 2.5GHz Intel quad-core processor, 4GB of RAM and has a 64GB built-in storage (up to 128GB via microSD card).