2019 is going to bring to us a lot of new innovations. We will see foldable and 5G mobile phones come to life this year. And if this wasn’t enough, Nokia is working on the world’s first ever penta-lens camera smartphone. On February 24, at HMD Global’s MWC event, the company will announce its Nokia 9 PureView smartphone. Now, just days ahead of the launch, the confirmed Nokia 9 PureView specifications & real-life images have appeared online.

Along with its penta-lens camera smartphone, HMD Global will also launch the Nokia 8.1 Plus and Nokia 6.2 smartphones. The latter two smartphones will be mid-range offerings by the company. On the other hand, the 9 PureView will be the flagship offering. The leaked images on NokiaPowerUser give us a clear look of the smartphone. 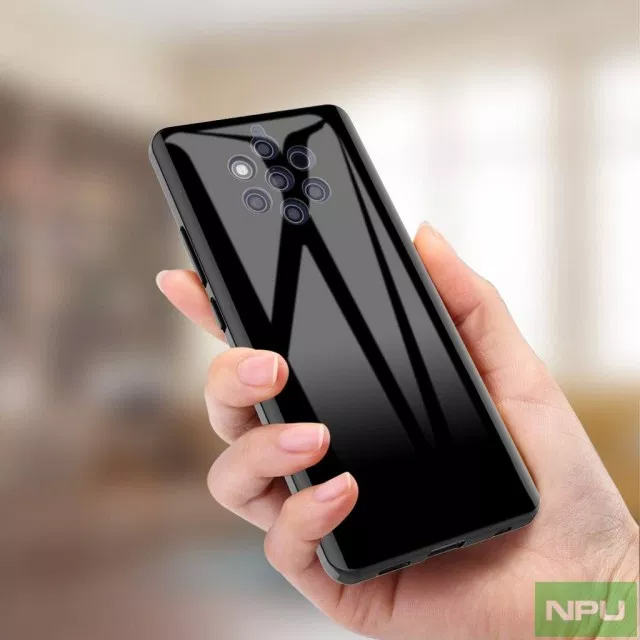 While the smartphone comes with an 18:9 display, it is not one of the bezel less display mobile phones. Nokia 9 PureView will sport bezels on the top and bottom. Additionally, the images also confirm that the front panel will come with rounded edges. Likewise, the rear panel features the penta-lens camera placed in a circular setup. The camera is accompanied with an LED flash and separate depth sensor. On the front, the smartphone will come with dual camera making it one of the first dual front camera mobile phones by Nokia.

Coming to the Nokia 9 PureView specifications, reports confirm that the smartphone will come with a 5.99-inch QHD edge-to-edge PureDisplay with 2K resolution and HDR 10 support. As per the listing, the smartphone will sport 6GB of RAM coupled with 128GB internal storage under the hood. There is a possibility of a bigger variant to be available in select countries. Moreover, the smartphone will run with Android 9 Pie OS out of the box. 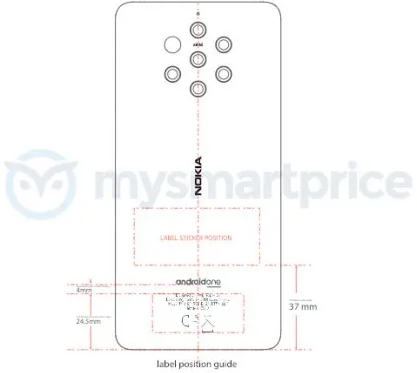 Furthermore, as there is no physical fingerprint sensor visible on the front or rear panel, we can expect Nokia 9 PureView to be one of the in display fingerprint sensor mobile phones. The smartphone will be fuelled by Qualcomm Snapdragon 845 processor. However, rumours also state that the smartphone could also be powered by the upcoming Snapdragon 855 SoC. We can expect further specs to appear as we may our way towards the launch date.