You are at:Blog»News»Rumours»Nokia 9 Design Details Leaked, Revealed These Features

The Nokia brand has once again got immense popularity after its re-birth back in January this year. After this, the Finnish company, HMD Global has launched a few Nokia-branded smartphones in the global markets. Now, the company is rumoured to be working on a new flagship smartphone called the Nokia 9.

According to several reports, Nokia 9 is about to launch in the coming months. To add concreteness to this, Amazon UK has listed the carbon fibre-made protective cases of the alleged Nokia 9 mobile. The renders mentioned in the listing revealed key details about the design language of the upcoming Nokia mobile. 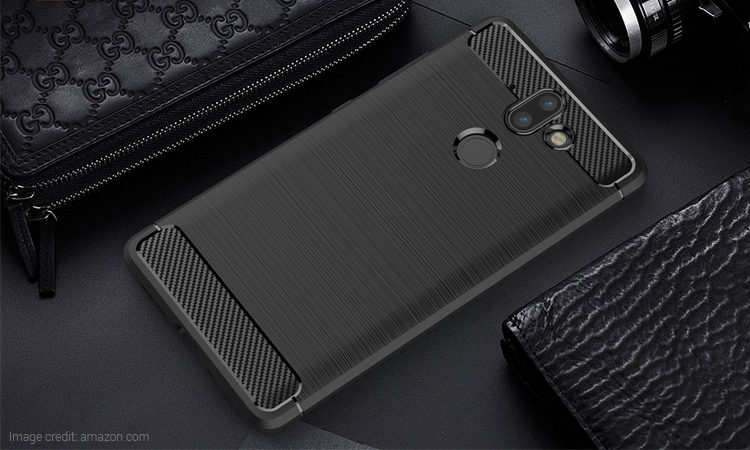 Nokia 9: Things we know so far

Based on the listing images, the key highlight feature the Nokia 9 would be the curved glass with rounded edges on sides. The curved panel of the upcoming Nokia mobile phone resembles with the BlackBerry Priv and Samsung Galaxy S7 Edge smartphones. Moreover, the listing renders suggests thin bezels and an aspect ratio of 18:9 for the display. It is likely to build on a metal chassis.

To maintain the bezel-less design and the popular 18:9 aspect ratio, the fingerprint scanner is positioned at the rear panel of the handset. Furthermore, there is a dual camera setup at the rear which is accompanied by the LED flash module and a secondary microphone. According to a Gadgets360 report, The bottom of the Nokia 9 case shows a cutaway design for the USB Type-C port and loudspeaker grille. It is also likely to have a 3.5mm headphone jack.

It’s worth mentioning that it is not the first time when information about the alleged Nokia 9 device has appeared. Previously, the mockup images of the front and rear panel of the handset were spotted online. In addition, a concept video of the mobile recently emerged online. Based on the rumours, the Nokia 9 is expected to be priced at EUR 750 (roughly Rs 57,500).