It has been known for quite some time now that, HDMI Global is all set to launch a new range of Nokia smartphones at the MWC 2018. Among the list of phones expected to launch are the Nokia 1, Nokia 9, Nokia 7 and Nokia 4. However, in the midst of all this, a new smartphone called the Nokia 8 Pro has surfaced online.

If these reports are true, then the phone will feature as many as five cameras on the rear panel. The 5 lenses will be arranged in a circular pattern which can be rotated. The rotating design will help users change the focal length and allow multiple shooting situations.

Furthermore, reports suggest that the Nokia 8 Pro will flaunt an 18:9 display along with minimum bezels on the front panel. The phone is also claimed to come a double 3D glass design on the front and the rear panel. Similar to the upcoming Nokia 9 smartphone, the Nokia 8 Pro will feature a fingerprint sensor on the rear panel. The phone is believed to launch by the end of 2018. Other specifications and pricing of the phone are still to be officially announced. 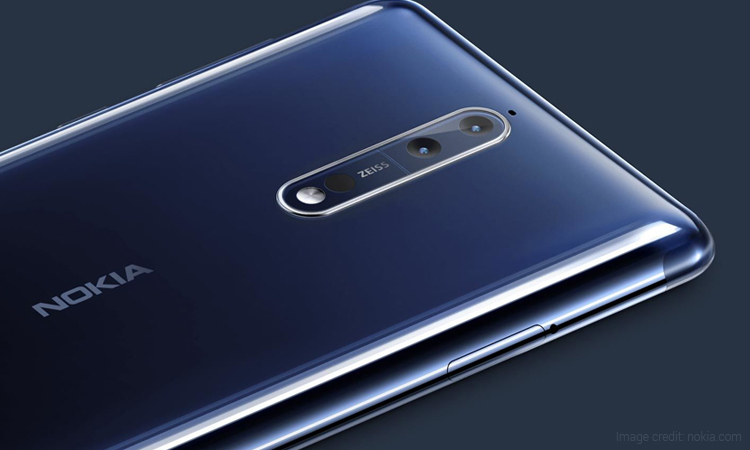 On the camera front, the smartphone will sport a dual camera setup with ZEISS certified 12-megapixel and 13-megapixel sensors on the rear panel. On the other hand, the front panel will support a 5-megapixel selfie camera.

The Nokia 8 Sirocco will be fuelled by a 2,350mAh battery. The battery will support the fast-charging feature. The phone is also claimed to come with an IP67 rating, which makes it both dustproof and waterproof.