The Indian original equipment manufacturer, iBall has launched a new tablet in the home country called the iBall Slide Enzo V8. The new tablet is priced at Rs 8,999 and offers a large 7-inch capacitive multi-touch display. It comes with an all-metal design language. The device will be available at the leading retail stores in India.

The latest iBall tablet comes with a 7-inch (1024×600 pixels) capacitive IPS display with multi-touch support. The tablet comes with a Coyote Brown back panel and has a thickness of 10.11mm. It runs on Android 7.0 Nougat OS. The device is powered by a quad-core processor with 2GB of RAM and 16GB internal storage. Furthermore, there is a microSD Card slot using which, the users can extend the storage up to 32GB.

For photography, there is a 5MP primary rear camera with autofocus and LED flash. Also, there is a 2MP front-facing camera with LED flash module which is ideal for selfies and video calling on the device. The device receives its juice from a 3500mAh battery which is non-removable in nature. Surprisingly, the tablet does not have a fingerprint scanner on it. 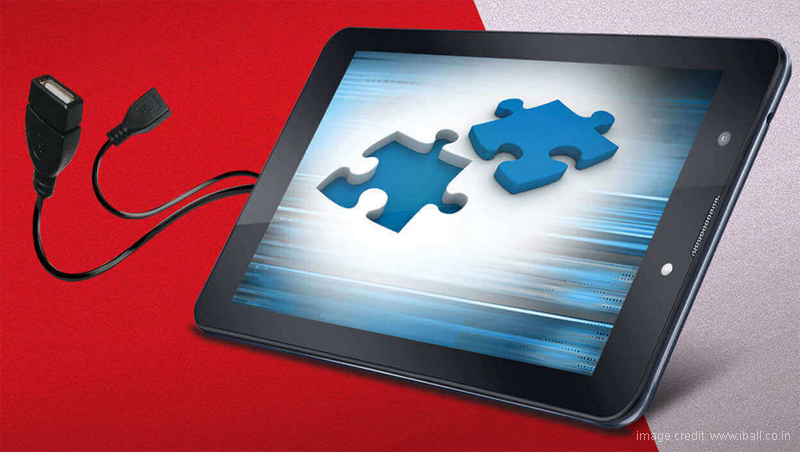 iBall has recently launched a new budget laptop called the iBall CompBook Premio V2.0 in India. It is an ideal laptop for students, entrepreneurs, business users, and homemakers. It is a 14-inch display laptop with a screen resolution of 1366×768 pixels.

It runs on Windows 10 operating system. Under the chassis, there is an Intel Pentium quad-core processor which supports the maximum speed of 2.5GHz. It has 4GB of RAM and 32GB of internal storage. There is a provision of using SSD or HDD of up to 1TB with the laptop.