We recently saw Nokia launch it’s three latest Android One mobiles namely Nokia 8 Sirocco, Nokia 7 Plus and Nokia 6 (2018). While these three are high-end mainstream Android devices, the company has also unveiled Nokia 1 and Nokia 8110 4G. Both these mobile phones fall in the affordable budget price category.

The Nokia 1 is a budget Android Go smartphone and the Nokia 8110 is a revamped classic from the company’s past. Let’s take a further look at the features and specifications of these latest Nokia mobiles.

The Nokia 1 mobile is the first phone Android Go (Android Oreo Go edition) to launch by the company. The Android Go software is designed to offer an optimized experience along with budget hardware. Users can personalize the look of the smartphone with the Xpress-on two-tone polycarbonate exchangeable covers.

The smartphone comes with a 4.5-inch IPS display with a screen resolution of 480×854 pixels. It runs on Android 8.1 Oreo (Go edition) and is powered by a 1.1GHz quad-core MediaTek MT6737M processor. Furthermore, it is fuelled by 1GB of LPDDR3 RAM and supports an internal storage of 8GB. 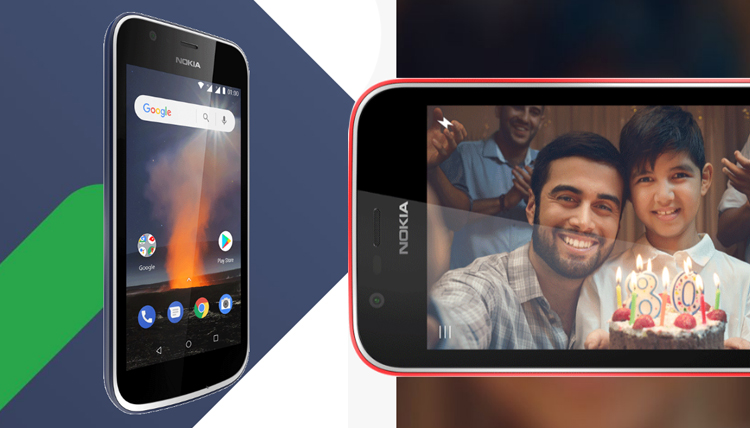 With a 2150mAh battery, the Nokia 1 mobile can deliver 9 hours of talk time. Connectivity options include 4G VoLTE, Wi-Fi, GPS/ A-GPS, Bluetooth, Micro-USB, FM Radio and a 3.5mm audio jack. Moreover, other features include a proximity sensor, ambient light sensor and an accelerometer.

Also, Nokia 1 comes with the lightweight version of apps such as Gmail Go and Google Maps Go. The phone comes with a price tag of $85 (approximately Rs. 5,500) and will be available in Dark Blue and Warm Red colour variants.

The Nokia 8110 4G mobile is an attempt by the company to bring back its classic mobiles in the smartphone market. This phone brings back nostalgic memories and also goes by names like “banana phone” or the “Matrix Phone”. This is the company’s second attempt at revamping its old phones. Last year we saw the re-launch of the rebooted Nokia 3310.

Coming to the Nokia 8110, the phone is designed to serve as a 4G feature phone or a companion phone. The exciting feature of the phone is a unique curved design with a slider cover for covering the keyboard. The slider can be used for answering and ending calls. 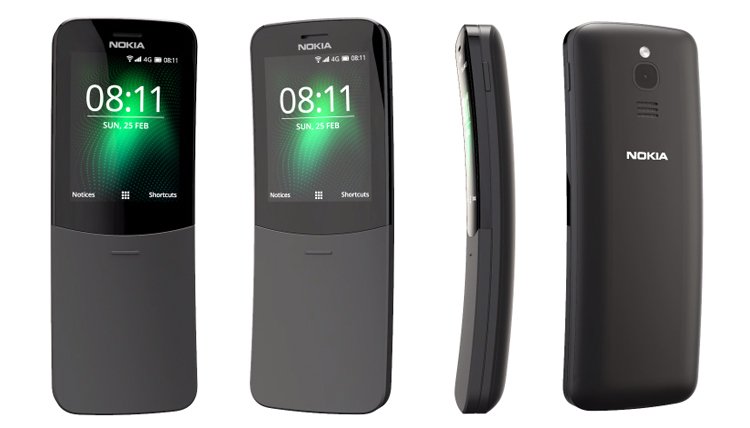 The phone is designed to serve as a 4G feature phone or a companion phone. With HDM Global’s partnership with Google, this phone runs on a Smart Feature OS and can support apps like Google Search, Google Assistant and Google Maps, Facebook and Twitter. However, a report cites that, the phone will not feature any support for Whatsapp. Another amazing feature for the users is the integrated revamped Snake game on the phone.

In terms of specifications, the Nokia 8110 4G comes with 2.4-inch QVGA display. It is fuelled by a Qualcomm Snapdragon 205 processor paired with 512MB of LPDDR3 RAM. However, the 4GB of internal storage cannot be expanded with a MicroSD card.

Furthermore, the phone is powered by a 1500mAh battery which can offer up to 9 hours of talk time on VoLTE and 25 days of standby time. Connectivity options support 4G VoLTE with hotspot, Wi-Fi, Bluetooth, GPS/ A-GPS, FM radio, Micro-USB and a 3.5mm headphone jack.

As for the pricing, the Nokia 8110 4G mobile comes with a price tag of EUR 79 (approximately Rs. 6,300). The smartphone will be available to the users from May. Lastly, the phone will come in Black and Banana Yellow colour variants.