You are at:Blog»News»Moto Razr Rumoured to Make a Comeback as a Foldable Smartphone

Remember the Moto Razr flip smartphone which was a huge trend back in the day? Motorola is planning to bring back this smartphone. However, this time around instead of a flip phone, the smartphone will come with a foldable display. A patent by the company has been making its rounds on the internet. The patent shows a foldable Moto Razr smartphone with new features. The device comes with a large display and it can be folded for using it as a smartphone or tablet. 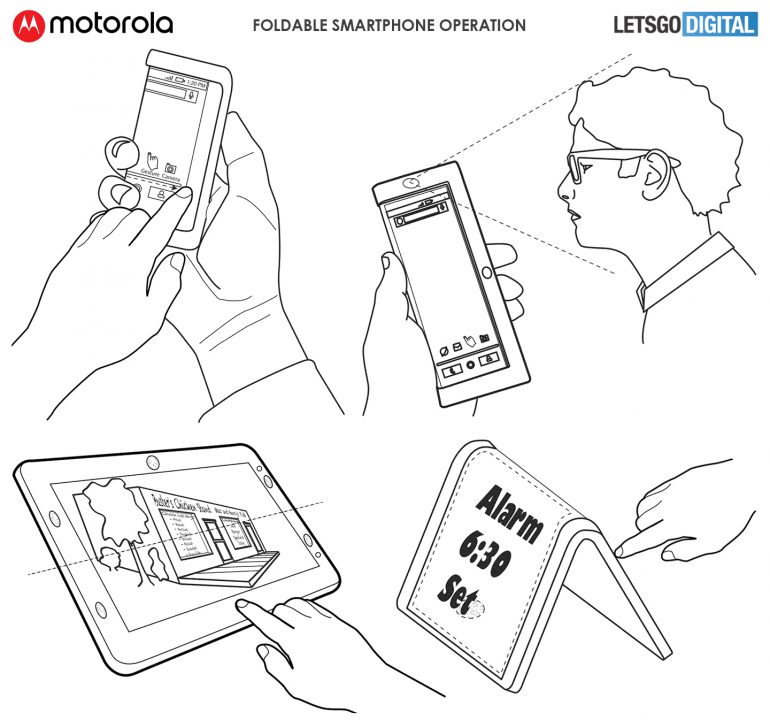 Furthermore, talking about the foldable Moto Razr, the patent shows the various design drawings of the smartphone through gesture examples. Additionally, the patent also shows two camera modules which will allow the smartphone to detect which side of the smartphone is being viewed. The camera modules will detect the user’s face to understand the orientation.  The patent also shows that you’ll be able to operate one side of the screen by proving the gesture on another side. That means, you can scroll the rear screen with your finger and the same action will take place on the front screen. This smartphone will be a two way operational.

In 2004, long before the smartphone age begun, Motorola launched its stylish and ultra-thin flip phone which made the world go mad over it. Back then, Motorola Razr Phone was a status symbol and the only stylish phone in the market. After witnessing huge popularity for Moto Razr Flip phone, there is no way Motorola wouldn’t want to bring its sequel into the market.

With the new designed foldable Motorola Razr, we think that Motorola may witness the same popularity that it observed in the year 2004. Unfortunately, Motorola hasn’t confirmed any launch date yet for its foldable smartphone nor the company Lenovo has confirmed anything about the leaked patent design. However, there are reports which say that this smartphone may cost approximately $1500. This means that if the smartphone reaches the Indian market, it may cost more than 1 Lakh rupees. So it has become a waiting game now. We could assume of getting the actual smartphone image anytime sooner.