LG recently announced that it will be launching its upcoming flagship smartphone in late April. However, before the official launch of LG G7 renders of the upcoming smartphone have appeared online revealing the design aspects. Renders and a 360-degree video that has leaked online shows off a top-notch design, dual rear cameras and a 3.5mm headphone jack.

Moreover, the renders also reveal that the handset will feature a metal frame with antenna lines. There has been no mention regarding the price of this smartphone. Though, based on previous rumours we can expect the price of the smartphone to be KRW 899,800 (roughly Rs. 54,700). And, the LG G7 Plus variant can be expected at KRW 1 million (roughly Rs. 60,700). The renders revealed by OnLeaks shows the smartphone with a thin-bezel display with space for a notch design. However, the thin display might not have space to house a front-facing fingerprint scanner. As for the design, the phone shows off a curved build of the LG G7 smartphone. The headphone jack is placed on the bottom-left side of the smartphone.

Additionally, apart from the headphone, the upcoming LG smartphone sports a USB Type-C port and a loudspeaker grill. The right side of the smartphone houses three buttons which include a volume rocker and a suspicious key which will provide direct access to the personal assistant. A similar feature can be seen on Samsung’s flagship smartphones with a dedicated Bixby button on the side. 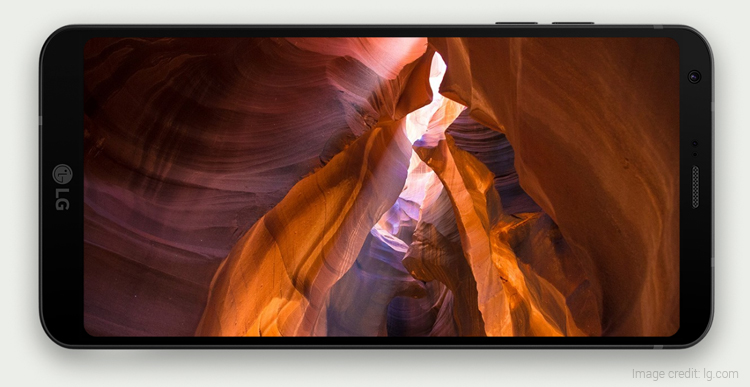 Furthermore, on the left side, only one power/ lock key is visible. The rear panel bears a dual camera setup with LED flash module. Moreover, the back panel also reveals a fingerprint sensor. Rumours also suggest that the rear panel will include premium glass which will allow users to charge their smartphone wirelessly.

On the specifications end, LG G7 is rumoured to be powered by a Snapdragon 845 SoC coupled with either 4GB or 6GB of RAM. It will further be fuelled by a 3000mAh battery. As for the optics, speculations suggest that the smartphone will come with a 16-megapixel rear image sensor.