You are at:Blog»News»LG to Announce 5K Ultra-Wide Monitor at CES 2018

With CES 2018 just around the corner, LG has given a small peek into the three new upgraded monitor models that it will showcase. Also, LG for the first time has launched Nano IPS technology, Thunderbolt 3 compatibility and HDR600 support for its monitors. One of the models is the 34WK95U which a 34-inch 5K ultra wide-monitor.

The 34WK95U 5K ultra-wide monitor will be LG’s first 5K monitor with a screen resolution of 5120 x 2160 pixels and an aspect ratio of 21:9. The monitor is designed for photographers, video editors, software developers, app developers and other professionals. 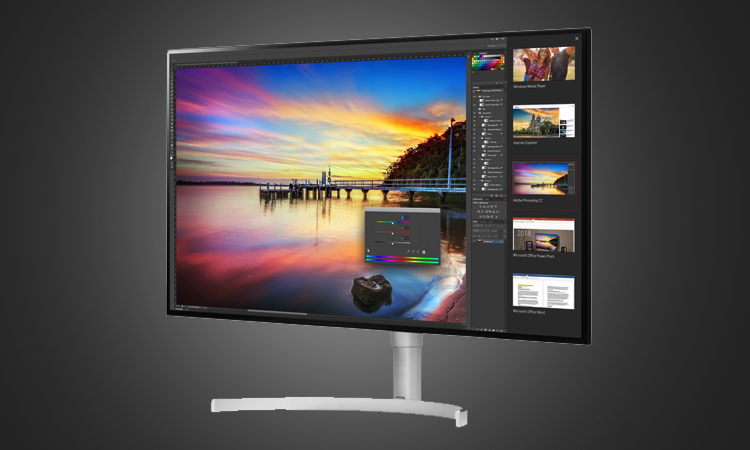 The Thunderbolt 3 port on the monitor can enable transmission of 5K resolution images at 60 Hz. Additionally, the 5K ultra-wide monitor comes with slim Edge-ArcLine stand and four-side edge borderless design.

The second monitor that LG unveiled is the 32UK950 which will sport a 32-inch 4K UHD display. It will come with the company’s Nano IPS technology and QHD gaming monitor. The 32UK950 4K monitor can display 98 percent of the DCI-P3 colour gamut and offers a high dynamic range of brightness with HDR600 technology.

According to a news report by LG Newsroom, “Most of us spend hundreds of hours in front of monitors every month and yet it’s one of the least likely products to get upgraded when higher productivity is desired,” said Chang Ik-hwan, head of LG’s IT business division. “With these latest premium monitors from LG, we wanted to communicate that LG is absolutely committed to delivering the best possible screen resolution and the best user experience on a desk or workspace.”

A new QHD gaming monitor with Nvidia G-Sync support was mentioned by LG, however, the details are still unknown. LG hasn’t disclosed the price of these monitors but they are all set to be announced at CES 2018.