You are at:Blog»Innovation»iPhone X Teardown Revealed these Surprising Details

The Apple iPhone X is certainly the most alluring smartphone of this year. The phone is presently available for purchase in India. However, the supply of iPhone X is believed to be limited at present. Although, the renowned DIY repair authority iFixit has managed to get their hands on the latest Apple offering and revealed key details about the interior of the device.

The latest teardown was shared by iFixit via a report. It has leaked a few strange new components inside the iPhone X handset. There are two battery cells positioned in L-shape right below the display. It is the first time for an iPhone to have a dual-cell battery. The combined capacity of these batteries is 2716mAh. 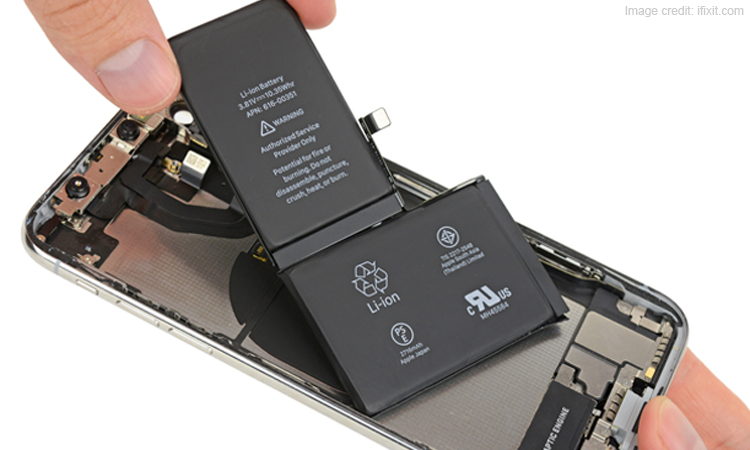 The report suggested that such design might be helpful in saving space. Simultaneously, it will allow the handset to sustain its battery capacity. Moreover, the two-cell battery design provides some leftover space where the company has creatively placed some other components.

The battery has taken most of the internal space of the device. As a result of this, the logic board of the handset has shrunken its size under the hood. To achieve this, the company has stacked the two circuit boards together. By doing so, it has managed to fit so many chips into a small space. The positioning of components in the latest Apple iPhone appears like an attractive game of Tetris. 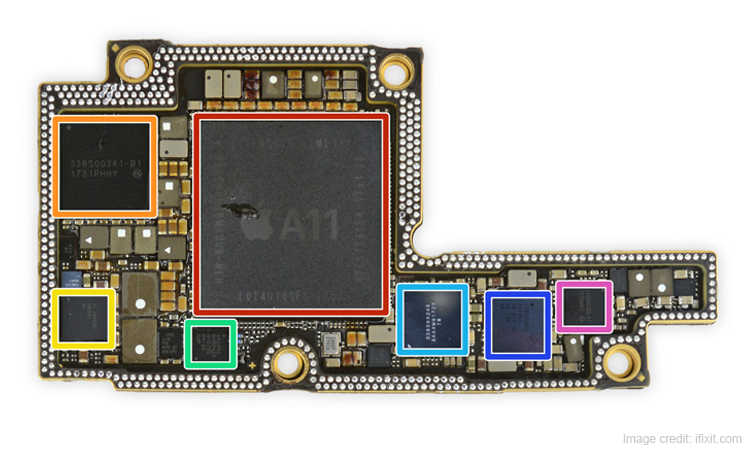 Furthermore, the teardown exposes the True Depth camera system which powers the FaceID authentication. There is a flood illuminator placed above the screen which projects infrared light on the users’ face. Also, it has an IR dot projector which creates dot matrix and forms a 3D map over the face. The front camera detects the face and after all these steps, the FaceID unlocks the phone.

Moreover, iFixit has suggested that a cracked display can be repaired easily without removing the FaceID components. However, the back glass panel breaking will require replacing the complete chassis. The back glass has an integration of major components on it and if a panel is broken, it will require the replacement of all components attached to it. Lastly, the report mentioned details about the processor and its components. It has an A11 Bionic SoC paired with 3GB of LPDDR4x RAM, 64GB flash storage by Toshiba, wireless charging coil, Qualcomm modem.