This 5-inch smartphone is one of the most affordable smartphones in the country right now to offer 1GB of RAM with 8GB of internal storage. If the smartphone hits it off among the masses, it will give a tough competition to the Xiaomi Redmi 5A and other top budget smartphones in India.

Furthermore, the Intex Aqua Lions T1 Lite will be available in three colour options in the market. The colour variants of the smartphone will include Steel Grey, Royal Blue and Champagne. Another highlight of this budget smartphone is that it supports 21 regional languages. 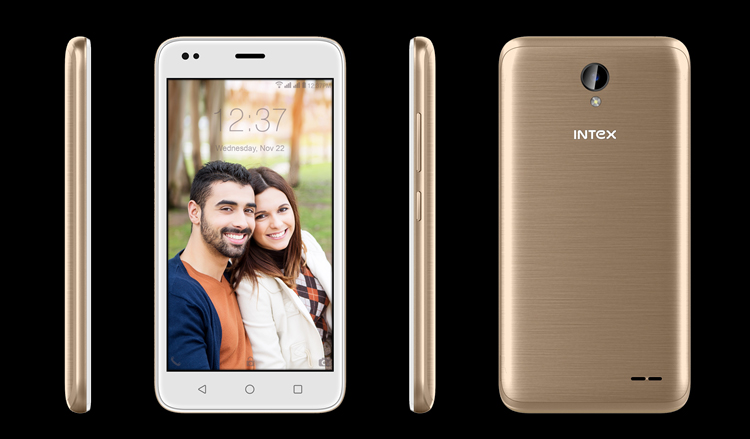 The Aqua Lions T1 Lite smartphone features a 5-inch HD display with screen resolution of 720×1280 pixels with a 2.5 curved glass protection. It is powered by a 1.3GHz quad-core MediaTek processor along with 1GB of RAM. The phone runs on Android 7.0 Nougat operating system and supports dual-SIM facility.

Intex Aqua Lions T1 Lite comes with a storage space of 8GB which can be further expanded to 64GB with a MicroSD card. Furthermore, the phone is fuelled by a 2200mAh battery under the hood. The battery can last for up to 8-10 in standby mode and offer 5-6 hours of talk time. According to a report on BGR, the company wanted to gift its users with a budget smartphone.

As for the dimensions, the smartphone measures 14.40×7.35×1.02cms and weighs 156 grams. On the connectivity end, the options include Wi-Fi, Bluetooth, GPS/ A-GPS, 4G VoLTE, and Micro-USB. That’s not all, the smartphone also comes with Value Added Services such as LFTY, DataBack and Prime Video.

LFTY will provide users with a single swipe access to information from multi-category such as news, videos, apps and much more. DataBack is claimed to save 500MB of data every month. And lastly, Prime Video will give users access to watch various movies and shows.