You are at:Blog»Comparison»Redmi 5A Vs Others: Top Budget Smartphones in India Compared

Xiaomi has recently launched a new budget mobile in India called the Redmi 5A. The company has touted it as the ‘Desh Ka Smartphone’. However, there are plenty of options available in the budget smartphone space. Thus, we have handpicked the top budget smartphones in India and compared them all here.

In this comparison, we have included Moto E4, Samsung Galaxy J2, and Nokia 2 against the Xiaomi Redmi 5A. Let’s see which budget phone manages to excel among these phones. Xiaomi’s Redmi 5A, Nokia 2, and the Moto E4 features IPS LCD display, while the Samsung Galaxy J2 packs a Super AMOLED display. While the Redmi 5A, Nokia 2, and Moto E4 comes with HD display, the Galaxy J2 packs a lower screen resolution. On the design front, the Redmi 5A boasts a matte metal finish, whereas the Moto E4 and Nokia 2 sport a polycarbonate and metal body. The Galaxy J2, on the other hand, has a plastic body. 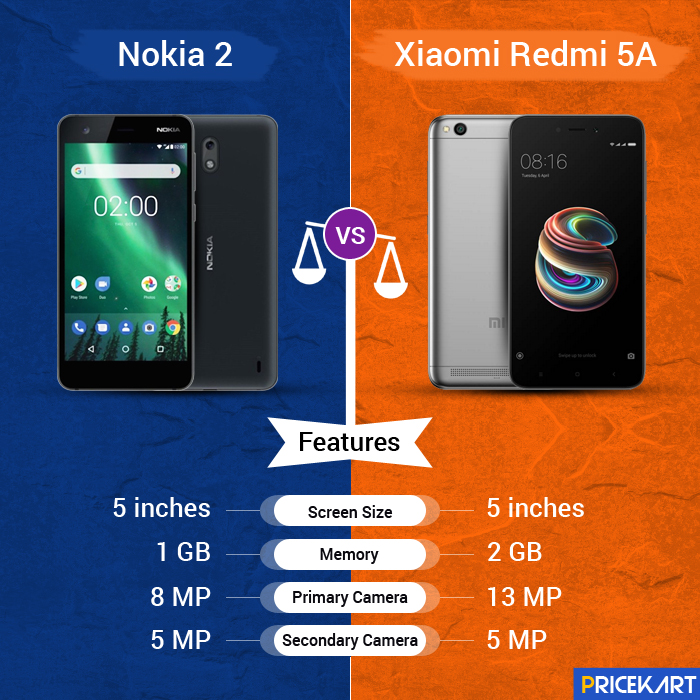 On the memory front, the Redmi 5A comes with the option of 2GB RAM and 3GB RAM. In contrast, the Galaxy J2 and Nokia 2 have 1GB of RAM and the Moto E4 has 2GB of RAM. Also on the internal storage department, the Redmi 5A stays ahead with a 16GB/32GB storage option. Again, Moto E4 comes at second place with 16GB storage. Rest of the phones has 8GB storage. 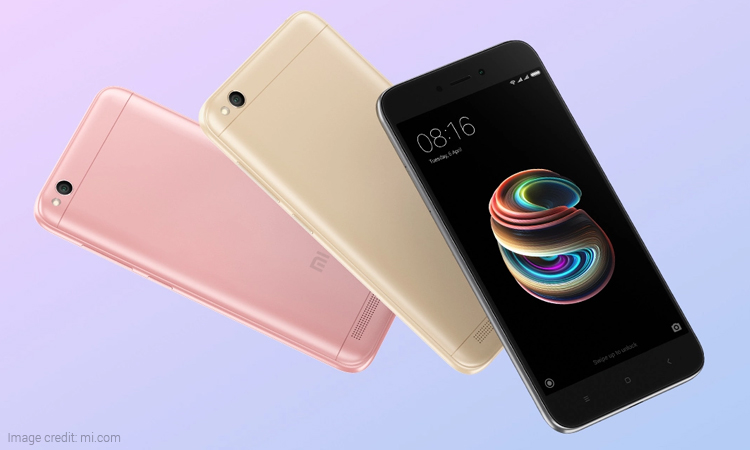 All phones in this list of top budget smartphones in India support external storage via microSD card slot. Additionally, the Redmi 5A has IR Blaster feature. On the software division, all these budget phones come with Android Nougat OS; however, the Nokia 2 is promised to get Android Oreo update.

Based on the comparison of the various smartphones mentioned above, we believe that the Xiaomi’s Redmi 5A is the best phone of the lot. It comes with some of the best features and specifications. The phone is also aptly priced at Rs 5,999. Let us know what which phone you think is better in the comments section below.