You are at:Blog»News»New Launches»HTC U11+, HTC U11 Life Launched: Check Specs, Features, Price

As expected, HTC has released its latest smartphones under a new U-series known as the HTC U11+ and the HTC U11 Life. The U11+ is a flagship device with an edge-to-edge display similar to the iPhone X and the Samsung Galaxy S8. Moreover, HTC has offered the Edge Sense technology on the newly launched handsets.

The HTC U11+ will be made available for purchase in the select markets at a price of EUR 799 (roughly Rs 60,000). In contrast, the HTC U11 Life pricing will start at $349 (roughly Rs 23,000). The company has not revealed the availability details of the new HTC mobiles outside the US market. However, the HTC U11+ has been already listed on the company’s official India website. So, the chances of the imminent launch are there. 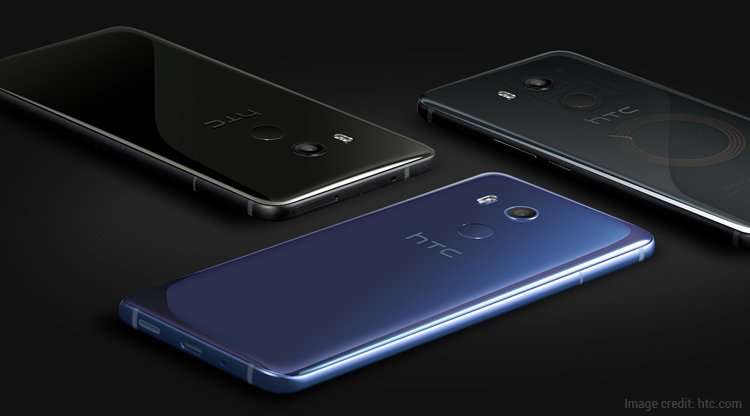 Coming to the specifications, it features a 6-inch Quad-HD (1440×2560 pixels) Super LCD display protected by Corning Gorilla Glass 5 tech. The phone has a Qualcomm Snapdragon 835 octa-core SoC paired with 6GB of RAM. Though the 6GB RAM variant will only be available in the Europe and the other markets will get a 4GB RAM variant with 64GB storage.

For photography, there is a 12MP UltraPixel camera BSI sensor, OIS, autofocus, dual LED flash, f/1.7 aperture. Up front, there is an 8MP selfie shooter with f/2.0 aperture and BSI sensor. The device is powered by a 3930mAh battery with Quick Charge 3.0 support. It measures dimensions at 158.5×74.9×8.5mm and weighs 188 grammes. The connectivity options include 4G LTE, USB Type-C port, Bluetooth, NFC, Wi-Fi, DLNA, and Miracast.

On the other hand, the HTC U11 Life features a 5.2-inch full-HD (1080×1920 pixels) Super LCD display with Corning Gorilla Glass protection. The phone runs on Android One platform which will run on Android 8.0 Oreo built. It is powered by a Qualcomm Snapdragon 630 octa-core processor. Like mentioned before, the phone has two variants based on memory. It also supports microSD card up to 2TB.

On the camera front, there is a 16MP primary rear camera with PDAF, BSI sensor and f/2.0 aperture. Also, there is a 16MP selfie snapper at the front. The phone is powered by a 2600mAh battery.