You are at:Blog»News»Honor 10 Images Leaked Ahead of Launch, Suggests Dual Camera and Twilight Colour Variant

Huawei’s sub-brand Honor is expected to bring a new flagship smartphone in the market. The company has already reported having sent media invites for a launch event of Honor 10 on April 19 in China. Now, the phone is leaked via a rendered image which suggests that the phone will be offered with a horizontal dual rear camera module, quad-LED flash and f/1.6 aperture.

Recently, Huawei launched its P20 and P20 Pro smartphones. Both phones were offered in a new Twilight colour option among the other. The same Twilight colour variant is expected to be offered for Honor 10 model. 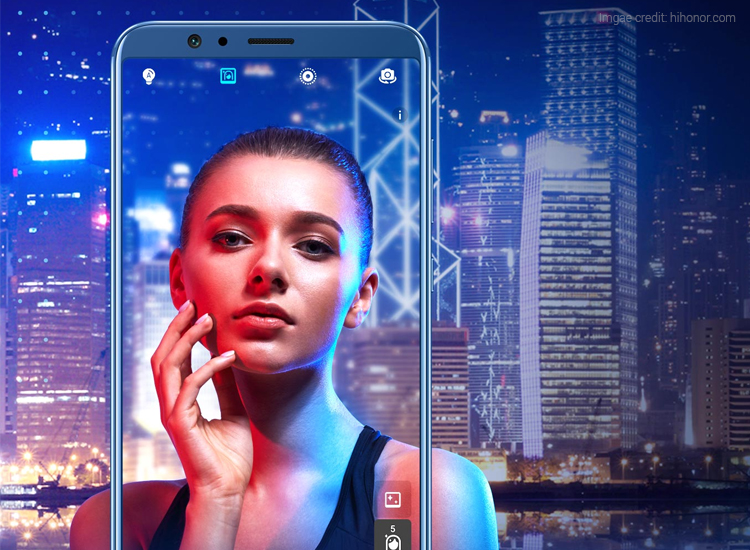 Like mentioned before, the Honor 10 smartphone is likely to be released on April 19 in China. Also, the company has scheduled a separate event in London on May 15 where it could launch the device in the global market.

The latest render image was shared by GSMArena and cited a Weibo post. The image is expected to be of the upcoming Honor 10. The rear panel of the device will have a dual camera setup and antenna lines on the top as well as bottom. The Honor branding will be on the bottom as well. The invites and banner of the Honor 10 smartphone suggest that the phone will have AI-based features on the front camera. 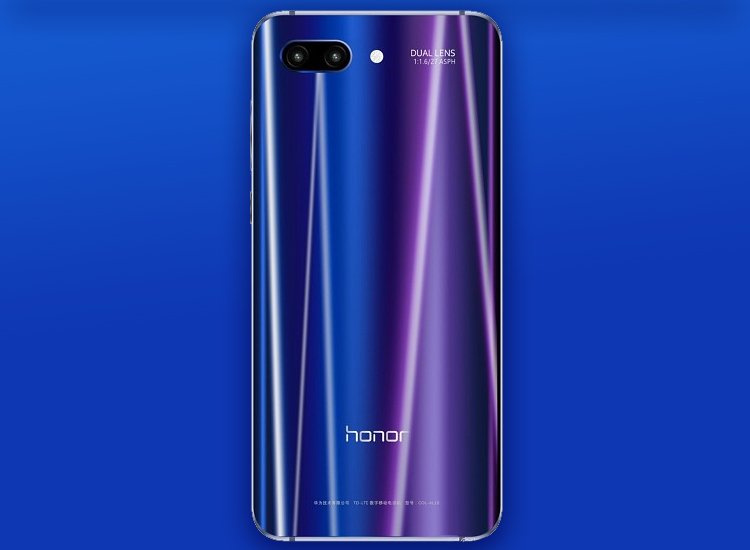 Furthermore, one of such banner showcases that there will be a dedicated fingerprint sensor on the back of the device. However, the recently leaked render image does not show any fingerprint scanner at the rear. We will only know the reality once the device gets launched on April 19. Coming to the specifications, the upcoming Huawei smartphone is likely to boast a 5.8-inch Full HD+ (1080×2160 pixels) display. The phone will be powered by a HiSilicon Kirin 970 octa-core processor paired with up to 6GB of RAM and up to 256GB of internal storage. For photography, there will a dual camera setup at the rear having 12MP + 20MP sensors which will be similar to Huawei P20.