You are at:Blog»Android»This is how you can Delete Sent Messages on Whatsapp

Have you ever sent a message unknowingly to someone on Whatsapp you did not intend to? Or even regretting sending a message right after hitting the sent button? Breathe easy, a new Whatsapp feature will allow you to revoke the sent messages. Now you can delete sent Whatsapp messages within seven minutes of sending the message.

The delete/recall/revoke feature for Whatsapp messages has been in the rumour mill for past few months. To recall, a few Whatsapp Beta users had previously reported a new feature called ‘Revoke’ which would help users to withdraw or delete sent Whatsapp messages. Now, the feature is officially rolled out for all Android mobiles, Apple iPhones, and Windows Phone platform. 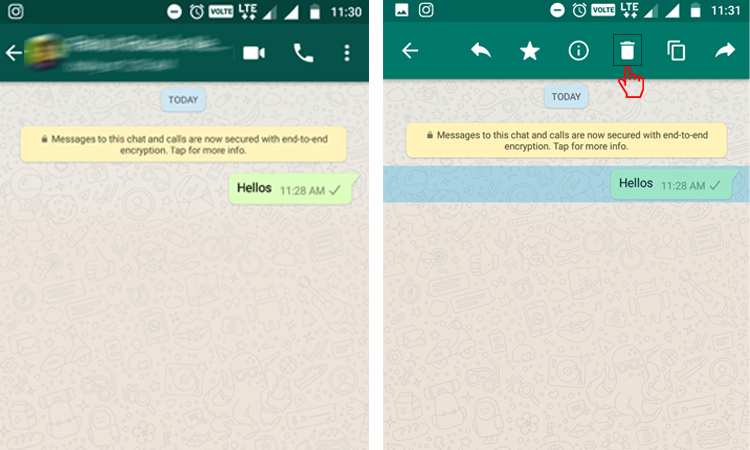 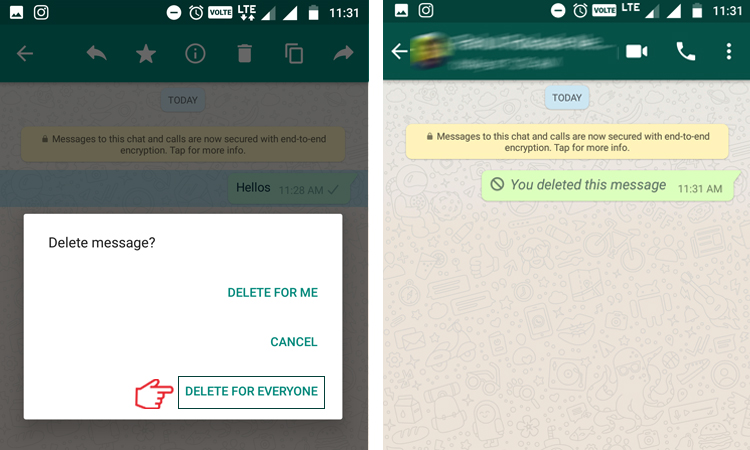 This is how you can delete sent messages on Whatsapp using the new ‘Delete For Everyone’ option. Still, there are a few things you should know about this new feature. We have mentioned them below: