Japanese watch brand, Casio has introduced its new Pro Trek smartwatch called the Casio WSD-F20A. The new gadget is offered in Indigo Blue colour option and comes with bundled accessories such as proprietary AC charger and charger cable. It is expected to be made available for purchase from May 1, 2018. The Casio WSD-F20A is priced at $399 (roughly Rs 26,000).

The USP of the latest Casio smartwatch is that the device runs on Android Wear 2.0/Wear OS out-of-the-box. The watch has a 1.32-inch dual layer TFT LCD and monochrome LCD displays. It supports a resolution of 320×300 pixels. Another highlight feature of the wearable is that it has offline Color Maps which is useful for getting offline navigation. 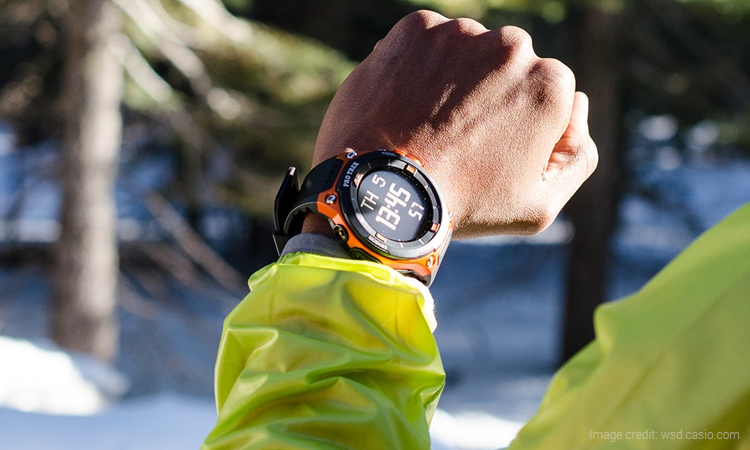 The connectivity options on the device include Wi-Fi, GLONASS, GPS, and Bluetooth. It is a water-resistant device and the company claims that the Casio WSD-F20A can work well up to 50 meters. Moreover, the wearable has a MIL-STD-810G standard which ensures low-temperature resistance up to 10-degree Celsius. The WSD-F20A measures dimensions at 61.7×57.7×15.3mm and weighs around 90 grams. The sensor onboard includes an accelerometer, gyroscope, altitude sensor, air pressure sensor, and compass. Casio has provided a magnetic charging terminal which is said to charge the device to its full capacity within 2 hours at room temperature. While using the device in timepiece mode, the WSD-F20A is suggested to deliver battery life of more than a month.

Like mentioned above, the Casio WSD-F20A is powered by Android Wear OS and is compatible with all Android smartphones running on Android 4.3 or higher versions. Also, the wearable supports all iPhone models running on iOS 9.0 or later. Although, you will get limited functionality on iOS devices compared to the Android ones. 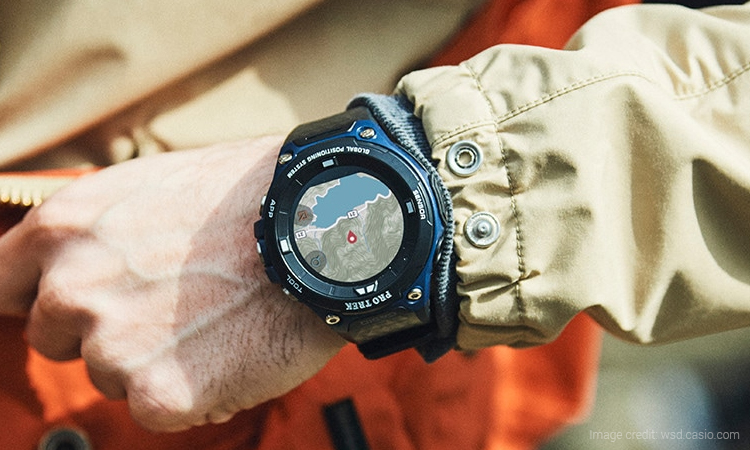 Casio had launched a limited edition of its WSD-F20SC smartwatch model last month. The company says that only 700 units of the special edition device will be available for purchase. The watch will go on sale in the late June this year. Surprisingly, the special edition smartwatch has similar specifications as the newly launched WSD-F20A model.